Another day, another superfood. This time it’s seaweed that seems to be popping up faster than you can say, “See the seaweed on the seashore”. You may have spotted edible seaweed in the aisles of your local specialty grocer, or on menus of trendy juice bars.

But what’s the big deal? In this first of a two-part series, let’s look at the health and environmental benefits of seaweed.

The Health Benefits of Seaweed

Seaweed is undeniably nutrient-rich. It is an excellent source of minerals, fibre and trace elements. It contains high levels of vitamin A, B12, K and folate, and is a good vegetarian protein source.

Jamie Oliver recently credited seaweed as contributing to his weight loss. There has even been some suggestion that seaweed has anti-cancer properties because of its fucoidan content.

What we do know is that essentials like calcium and iron tend to accumulate at much higher levels in seaweed than in land plants.

According to the European Food Information Council, an 8g portion of dried kelp provides much more calcium than a cup of milk, and a portion of dulse contains more iron than a 100g steak.

Nori is especially rich in iodine, an essential mineral we need for our thyroid function, and one which is increasingly disappearing from our diets. Iodine deficiency is the number one preventable cause of intellectual disability, and dried seaweed is the number one iodine-rich food. It’s important to note that iodine intake needs to be limited, as an excess can have an adverse health impact.

Fibre is also a key benefit. An 8 g portion of dried seaweed provides over 10% of an adult’s daily fibre needs, similar to the amount in a banana. Seaweed’s high soluble fibre content means it can slow down the absorption of sugars and cholesterol, and aid to a feeling of satiety.

The Sustainability Benefits of Seaweed

The ocean covers 70% of our planet, yet accounts for a tiny fraction of our food. The ocean harbours huge potential for cultivating seaweed as a sustainable nutritious food source.

Varieties such as kelp grow at a cracking pace, up to twelve feet in three months. Not only that, but growing it doesn’t involve fertiliser, freshwater, land erosion nor deforestation.

Seaweed is one of the very few foods that can have a positive environmental impact. 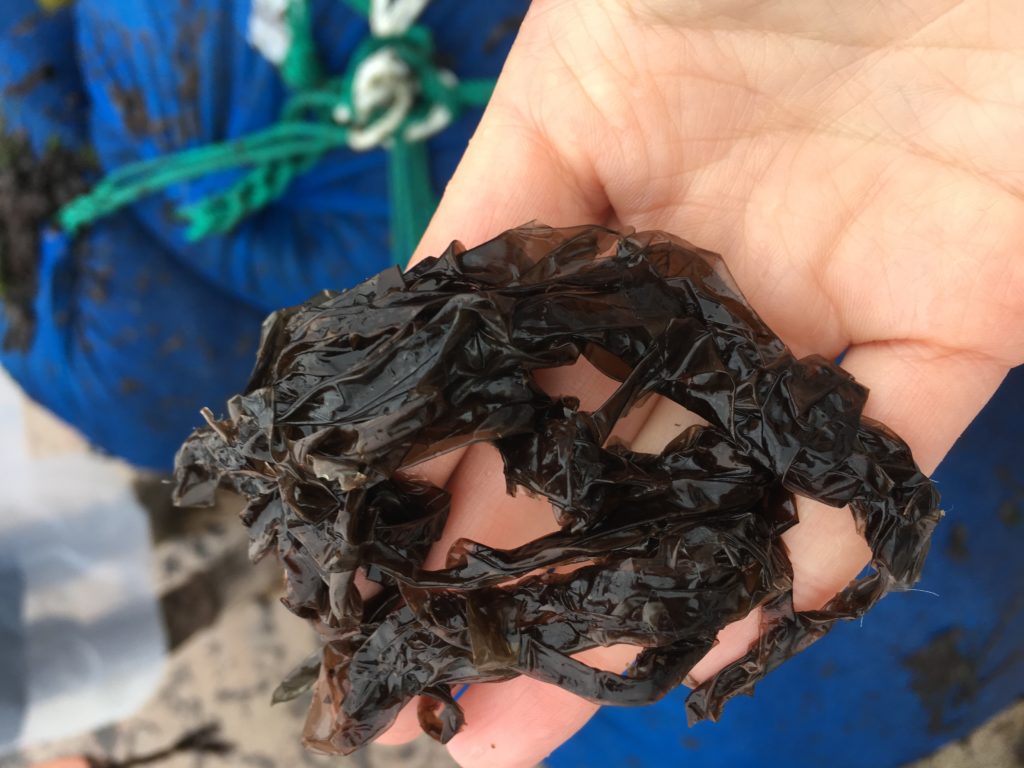 It can remove toxins from seawater as it grows. Farming seaweed has been shown to potentially have a negative carbon footprint, absorbing 20% more carbon dioxide than it produces, according to one World Bank study.

Seaweed farming is growing in prevalence around the world, though non-native species should never be introduced as they can be invasive and have a terrible impact on local sea life.

Nori has been farmed (rather than wild-harvested) in Japan, Korea and China since the life cycle of the species was first discovered in the 1950s.

In south-east Asia and Tanzania, carrageenan and agar is being farmed, while smaller-scale farming has grown on the east coast of North America.

One interesting area of production is in complementary shellfish and seaweed farming, which is being used as a technique to cleanse toxins from waterways such as the Bronx River, as well as creating underwater architecture to help protect coastal communities from environmental disasters and degradation.

In part two of this series we’ll dive into the hype around seaweed and look at how it can be used in cooking from high end restaurants to your kitchen table.

Plastics Not So Fantastic: Is Less Plastic Possible?

We live in a throwaway society but plastics are here to stay. Discover some great alternatives that mean we could rely on less plastic.