If you have a vegan friend or relative you might think buying vegan Christmas gifts is going to be hard work.

But that really isn’t the case. Veganism is quickly growing in popularity and there’s plenty of choice.

Why Are People Vegan?

There are many reasons, such as a kinder and fairer attitude to animals. Stopping exploitation is a way in which vegans can make a real difference to animal cruelty.

A strong environmental stance is another reason. Meat and animal products create a huge burden on the planet. Deforestation, water consumption and transportation are all problems in the animal food chain.

There are also health reasons. A great way to eat more fruit and vegetables is to cut out meat, dairy and other animal products.

New plant based alternatives are appearing in shops every week. In fact, we’ve gone a long way to find the best vegan cheese and discovering new eco products of all kinds every day.

Help! What Do I Buy a Vegan for Christmas?!

My family buys books, socks, gardening equipment and jewellery for me. These gifts don’t involve animal products and anyone – not just vegans – would love to receive them.

But let’s say you want to buy a specific vegan Christmas gift – maybe makeup, food or wine. What do vegan people like?

Here are some great ideas for vegan Christmas gifts.

Vegans avoid meat and animal products. That means milk, cheese, eggs, honey, yoghurts and jelly all off limits. So too are the products made from these ingredients, such as most chocolate and sweets.

Modern vegans are helped by a handy green ‘V’ or a ‘Vegan Society’ label. This means they’re certified vegan, so all good.

When it comes to food, we aren’t limited to fruit, vegetables or grass as the bacon aficionado club seem to think. Even vegan baking is a thing. 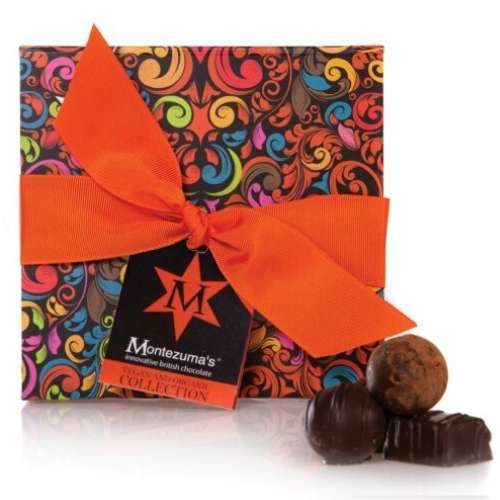 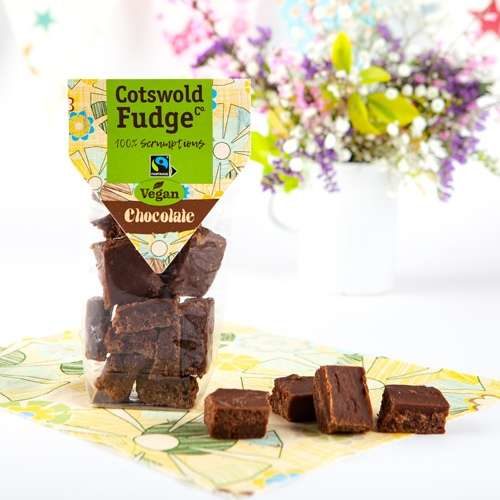 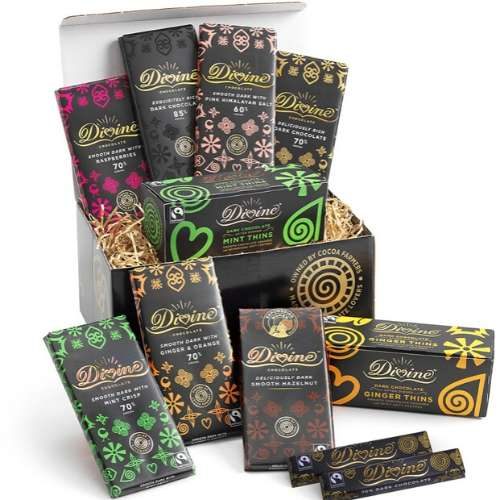 A chocolate loving vegan will be in heaven, but maybe your vegan isn’t a fan of chocolate? Try a vegan cookbook, vegan sweets or a vegan cheese making kit.

There’s so much choice these days. Vegan foods make unusual and trendy gifts for vegan and non vegan foodies alike. Anyone looking to eat less meat or dairy will love anything you find to help them.

Some of the fining agents in alcohol (that’s the stuff making it bright, clear and lovely looking) are non vegan.

Many vegans won’t drink alcohol made using these ingredients. I also suspect some meat eaters might not fancy them either. But there are alternative vegan alcoholic drinks like this tasty vegan wine hamper.

There are also alcohol free vegan drinks which are great for the designated driver or parent in charge of little ones. Or if you feel creative, the BBC has an easy recipe for homemade vegan eggnog.

For me, alcohol free isn’t an option. The in-laws are round. I need alcohol!

Lots of beauty products contain animal products that vegans want to avoid. But the good news is, vegan body care is a ‘big thing’ this year (and hopefully every year to come).

Take a look at some vegan soap or customised vegan shampoo and wrap it up in reusable wrapping paper. The perfect vegan Christmas present. 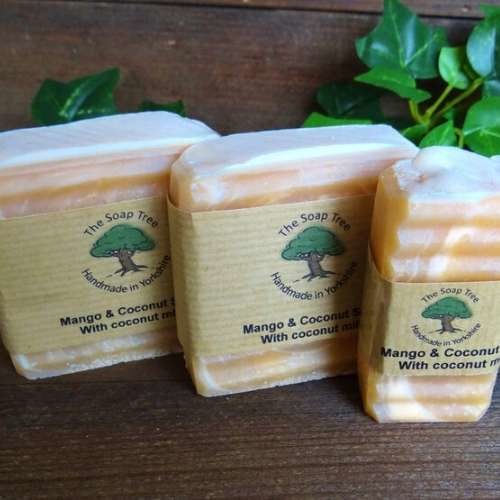 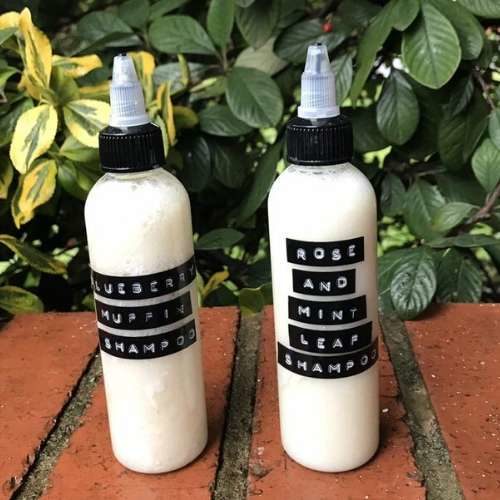 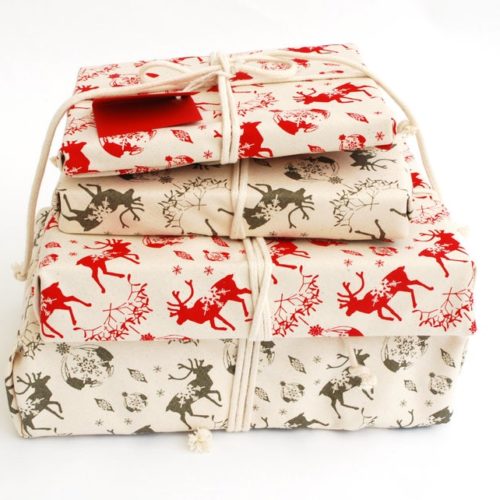 If you like to head to the shops for some retail therapy, check out The Body Shop®. They have a whole range of vegan toiletries and a vegan Christmas gift section (heaven!). They have great recycling and animal cruelty policies too.

You can also look on supermarket shelves for vegan toiletries. Superdrug is also excellent for vegan makeup.

When Aldi announce their vegan Christmas range you know vegan has gones mainstream! Their wreath centerpiece, a clear winner back in 2019, looks to steal the show again.

Not On The High Street is also waving the vegan flag with their personalised vegan pamper box. 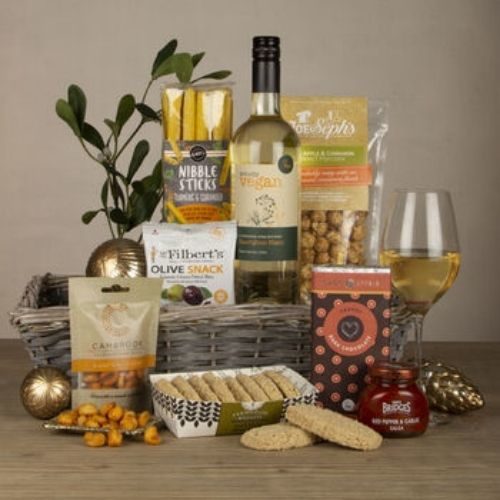 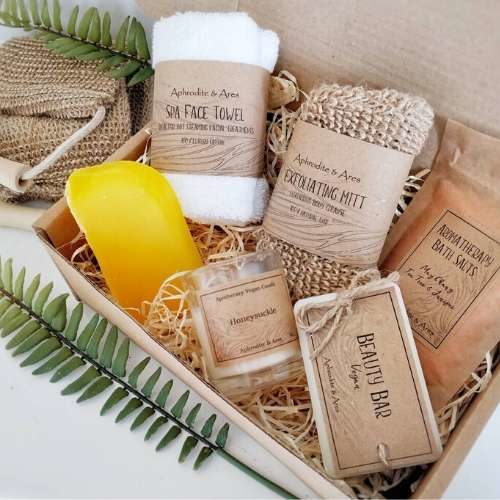 And let’s not forget The Vegan Society who have been there since the beginning. They offer a whole range of gifts and spend all year promoting the vegan side of life.

If you’re stuck for a thoughtful vegan Christmas gift you could make a donation in your giftee’s name.

Vegans tend to avoid leather. But (and this may anger some vegans) not all vegans avoid every single animal product.

We all need to make some effort toward saving the planet, and cutting down is a great step forward. It all counts. Don’t let anyone tell you otherwise.

Have a Very Merry Vegan Christmas

I’ve noticed that at Christmas time, some people tend to talk about vegans in an even more disparaging way.

“Oh, my niece is vegan – I don’t know WHAT I’m going to do this Christmas.” Or worse, we get called fussy or we’re accused of jumping on some kind of bandwagon.

But vegans are not troublesome. You can easily buy a whole vegan Christmas dinner from Waitrose. Just don’t serve nut roast though. I’m so, so sick of it. Beet Wellington is much more inventive.

I’m going to my local pub for lunch this year. They have two vegan options and I didn’t ask for them to be added in advance. They are standard on their Christmas menu. I love how vegans are finally being catered for.

So, vegan Christmas gifts? Who knew it was going to be so easy? You’ll find plenty in shops, but if you venture online, well, the world is your vegan oyster. You’ll be spoilt for choice.