Gourmet condiment brand Rubies in the Rubble are one of many companies changing the way we eat.

They’re experts at using fruits and vegetables deemed ‘unsuitable’ for sale in supermarkets to create delicious ketchup and relish. All those overripe tomatoes, single bananas separated from the bunch and wonky cucumbers? They transform them into handmade sauces that your plates and palates are crying out for.

Now they’ve gone one tasty step further with their new mayos made from aquafaba.

What’s Aquafaba? Aquafaba is the water from cans of chickpeas. Most of us tip it away. But, as it turns out, it makes an ideal vegan friendly egg white replacement.

Chickpea Water, Bananas by the Crateload and the Circular Economy

Everything that Rubies in the Rubble do is an example of the circular economy. Turning aquafaba into mayo and lonely bananas into relish are prime lessons in how it can work.

But the circular economy doesn’t just apply to the food industry. It can be applied to the clothes, electronics and general stuff that we’re constantly buying, and rebuying. Using resources that would otherwise be wasted and turning them into a usable product embraces the circular economy model. Which is in stark contrast to the typical, linear model of “take-make-dispose”.

Rubies in the Rubble was founded in 2011 and has its heart rooted in sustainable food production. It was born out of a frustration by founder Jenny Costa at seeing perfectly edible, but unsold food going in the bin at London’s New Covent Garden Market. Jenny found it impossible to ignore this level of food waste. Especially at a time when so many are forced to use food banks. 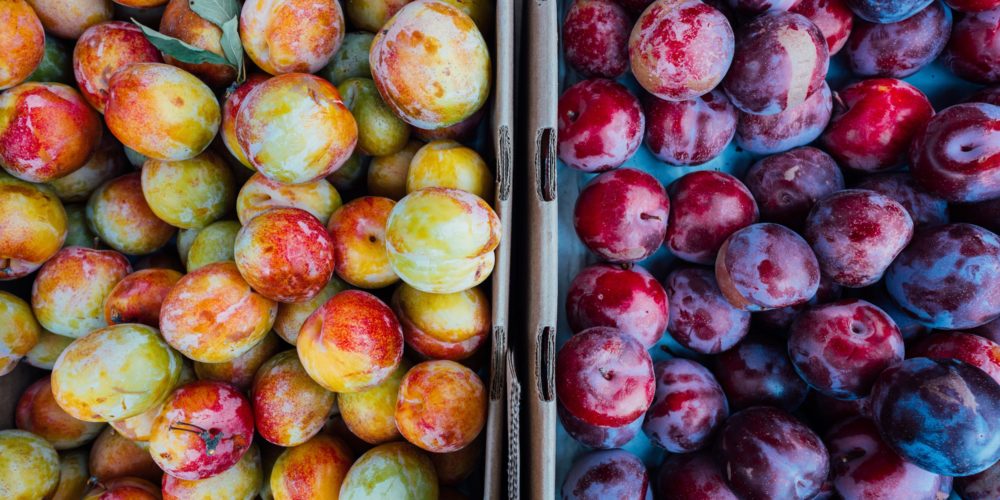 Growing up on a Scottish farm where nothing went to waste inspired Jenny’s idea behind Rubies in the Rubble. Seasonal fruits and vegetables from the farm were regularly made into delicious chutneys and jams. So, using this skill honed during her childhood, she made enough jars to set up a stall in Borough Market. And that stall is still there to this day, every Saturday morning. Despite a whole range of relishes and sauces now being available from the likes of Fortnum and Mason, Harrods, Waitrose, Ocado and independent stores around the country.

Turning Aquafaba into Mayo – Why Didn’t We Think of That?!

Aquafaba has the fantastic ability to bind and thicken when used in baking. Whisked up it can also make excellent vegan meringues. And it’s certainly heading towards cult status – search Instagram for #aquafaba and you’ll get more than 37,000 results.

So turning aquafaba into mayo was only a matter of time! Rubies in the Rubble whisk it together with rapeseed oil, a pinch of salt and a squeeze of lemon juice. This creates a thick, creamy vegan mayonnaise good enough to dollop on any dish. Their regular mayo contains a hint of Dijon mustard and their chipotle version has a solid hit of sundried tomato and smoky chipotle chilli. 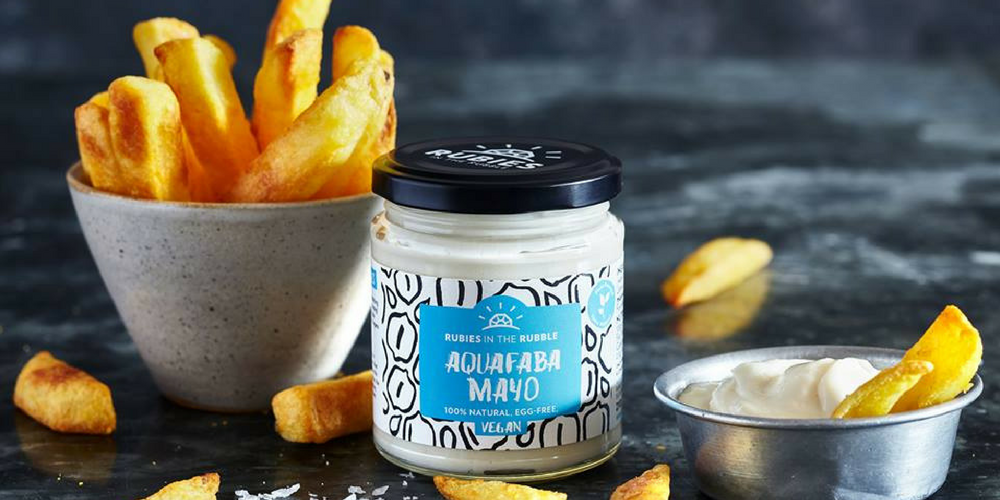 Rubies were encouraged to develop their mayos after seeing vegan food vloggers making all sorts of dishes using aquafaba. They began sourcing their chickpea water from a small hummus manufacturer. This was after learning that they and many others are tipping thousands of gallons of it away each year.

The amount of aquafaba going to waste isn’t surprising when you think how much hummus we eat in the UK alone. We consume around 12,000 tonnes of it each year, earning us proud Brits the title of the Hummus Capital of Europe. We’ve even been warned that we’ll likely face a hummus price hike due to a global shortage of chickpeas. (Have we really eaten that much?!) Regardless of the shortage, there’s a whole load of aquafaba kicking around.

The Power We Have as Consumers

Rubies is about more than just delicious sauces; they’re part of the fight against food waste.

Jenny says that with each jar, “they’re raising awareness about the need to value our food supply.” She says that “Rubies are on a mission to encourage people to waste less, treasure their resources and live more sustainably. We want to save the planet one jar at a time by providing a delicious and practical solution to food waste.” They work directly with British farmers and food producers to use surplus, overripe or wonky produce that would otherwise be wasted.

So, by picking up their products, we’re helping reject the idea that consumers are the ones to ‘blame’ for supermarkets not stocking misshapen fruits and knobbly veg. It’s a ridiculous notion that we don’t want bent cucumbers or extra-large parsnips. An anger-inducing 20-40% of fruit and veg in the UK is rejected by retailers. 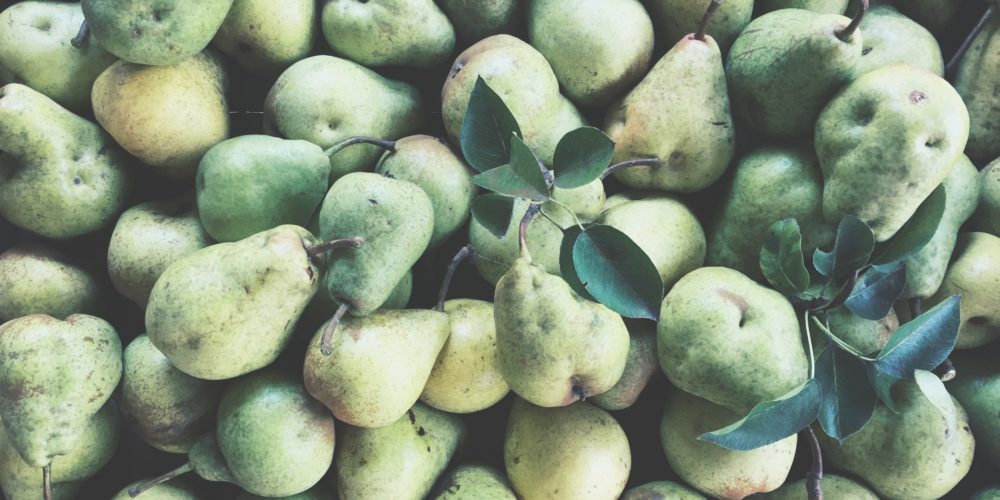 There’s only so much of it that can be made into relish so isn’t it high time supermarket buying teams started lowering their fresh produce beauty standards? And don’t even get me started on best before dates on fruits and veg.

A sprouting spud only needs a few extra seconds with a peeler. Markets throwing away perfectly good but unsold food surely can’t be right? This is why we embrace companies like Rubies in the Rubble, providing solutions for producers and retailers to repurpose the surplus.

Aquafaba? AquaFAB. Getting on Board with the Circular Economy

Rubies have so far saved close to four million pieces of fruit and veg from rotting away to nothing. And with hummus by-products now on their radar, who knows what might be next.

Their aquafaba mayos are available online and from certain Whole Foods stores in London. But they’re soon to be appearing in independent stores everywhere. Their entire range is handmade here in the UK using 100% natural ingredients. They’re all vegan friendly, free from gluten and nuts and have a low carbon footprint.

So get on board with the circular economy and use your power as a consumer to do good. You’ll not only be helping to cut food waste, you’ll be benefitting from eating delicious condiments. Social good and ethical eating? Have two dollops!