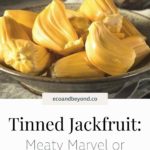 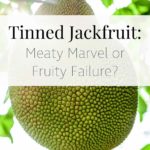 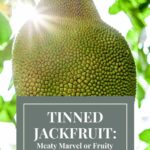 Tinned jackfruit – is it any good, can it replace meat, and more importantly where to buy jackfruit?

I feel very lucky to be a vegetarian living in the UK in 2017. Despite what some may say, we’re a cosmopolitan bunch.

If you don’t believe me, trying being veggie and eating out in the US, France or Australia. It’s most definitely not as easy as it is here. Nor in some cases is it met with even an iota of understanding.

These days we also have a world of information at our fingertips. If I ask my mum for a recipe for a ‘Vegetarian Curry’ she will most probably look blankly back at me.

But if I pick up my iPhone and ask Siri the same question, I’ll get an instant and never-ending list.

Vegetarian and vegan online chefs can be found all over social media and some of the recipes are amazing.

Even meat eater will find it difficult to look at some of the recipes from Bosh without your mouth watering.

Tinned Jackfruit in Place of Meat

It was through online recipes for vegetarian food that I first became aware of the jackfruit.

It was first found in the vegan kebab shops that were popping up in the trendier parts of London, such as The Pitta in Hackney. They serve jackfruit as a meat replacement.

If you’re not a vegetarian or vegan then there’s every chance the jackfruit hype has passed you by. To fill you in, it’s a healthy and completely sustainable meat replacement.

It’s related to breadfruit and figs, yet has a consistency almost like chicken or pork. And it’s fantastic at absorbing flavours.

It grows in Africa and parts of Brazil but is mainly associated with Southeast Asia. It’s long been available in tins in Asian supermarkets.

“Why do you need to replace meat? If you want meat, eat meat, if not, eat vegetables.”

I’m looking for a meat replacement because I think meat tastes fantastic. Like many vegetarians and vegans, I’m not a vegetarian because I don’t like the taste of meat.

Where to Buy Tinned Jackfruit?

First things first, I had to buy the jackfruit. Luckily I have Sainsbury’s, Waitrose, Co-Op, Lidl and a Tesco the size of a small town on my doorstep.

However none of them sold it (back in early 2018 when this article was written). None of the people I asked in store had even heard of it.

Thankfully a quick Google search later led me to Abel & Cole, an organic veg supplier have it in stock. I have an account with them, so I decide that’s the easiest option.

As of April 2019 there are plenty of places where you can now buy jackfruit: 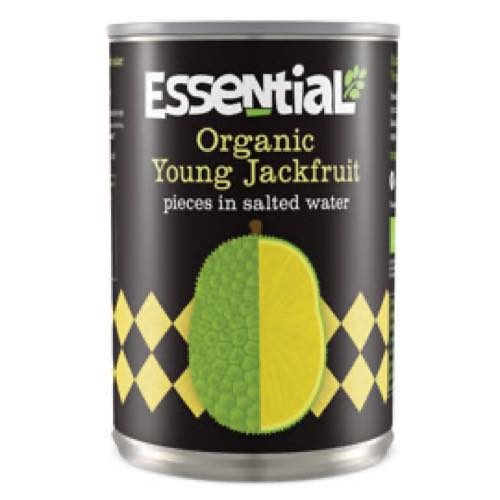 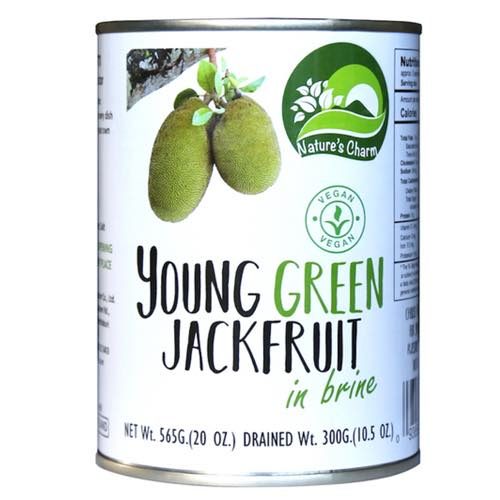 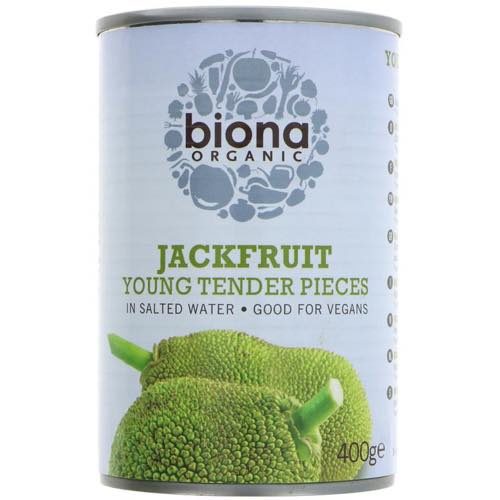 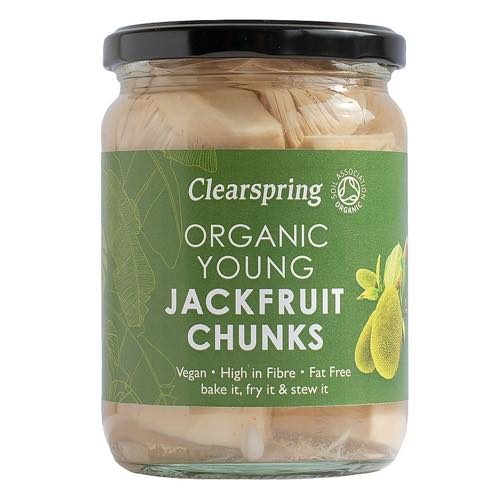 Jackfruit comes in tins. There doesn’t seem to be an easy way to get fresh jackfruit.

None of the major supermarkets or online organic fruit and veg suppliers seem to stock it. Which is probably just as well, as they are HUGE.

I’m determined to love jackfruit, so I ignore the £2.99 price tag and order six tins of jackfruit. A word of warning when buying tinned jackfruit.

Asian supermarkets tend to stock jackfruit served in syrup; this is NOT what you’re after. Ensure you’re buying young, green jackfruit which comes in water or brine.

Next, I needed to select a recipe. I didn’t want to use one of my much loved meaty curry recipes in case the results were more tragic than triumphant.

Bosh came to the rescue with a jackfruit recipe that oozed boldness: The World’s Best Burrito.

Drawn as much as I was to the claim it made, I was also tempted by the volume of ingredients. In other words if the BBQ sauced jackfruit was rubbish, then surely the meal would be saved by the burrito itself!

Excitedly, I pulled the ring pull on my first can of jackfruit.

It looks a bit like a pale, meaty, tuna fish textured kind of pineapple. Its smell reminds me a little of pineapple too. Out of the tin it has an olive kind of taste, but this is overpowered slightly by the salty water it’s been stored in.

Its texture is meaty-ish I suppose, I don’t eat enough of it to be sure. I mash it up as the recipe calls for a pulled pork kind of texture.

Now I can see where the meaty comparisons come from, it definitely has the look of chicken. My excitement returns a little.

One of the key things is to ensure you cook tinned jackfruit long enough to absorb whatever sauce it’s cooking in. In this case it simply has BBQ sauce poured on it. After crisping it up, I cook it for over twenty minutes until it looks like this.

Anyone walking in at this point would surely be fooled, right? It looks like meat. Not a fillet steak, obviously, but it definitely has a meaty look.

It’s now cooked so I sneak a taste.

The initial feeling you get is that this tastes absolutely nothing like meat at all, what’s the fuss about? But that feeling is gone very quickly as the flavour of the sauce takes over.

The taste of the jackfruit itself has not disappeared. Instead it has been overpowered. This takes your mind off it long enough to get you concentrating on the texture. Which isn’t half bad at all.

I begin to prepare the Burritos.

It’s looking good. At a glance you wouldn’t know there wasn’t any meat in there. After taking a bite I can confirm that this was a very good burrito.

But not having tried all the other burritos in the world, I can’t yet confirm that it’s the world’s best.

All the ingredients complement each other and produce so many wonderful flavours. The tinned jackfruit is included in this, of course.

It’s a bit more flimsy than meat and doesn’t feel like the ‘main event’ against the other ingredients as meat would.

Even so, it tastes and feels like BBQ pulled meat, though it’s comparable to no meat in particular. It’s not perfect, but it does the job I want it to do.

All in all I would call it a success!

Is Tinned Jackfruit the Answer?

It’s certainly an answer. It’s not meat but it does give you a texture that vegetables in general can’t.

What sets it apart is its ability to absorb flavour – it blows things like tofu out of the water. Which, along with its texture, are its main selling points.

The trick is to use it with plenty of well prepared sauce and give it plenty of time to absorb it. Don’t try tinned jackfruit on its own and expect it to taste like a chicken breast.

I’ll definitely be using it again. Tonight it’s replacing the tofu in a Char Siu hot pot. Next week I’ll be replacing the chicken in my Chicken Bhuna speciality.

The Vegetarian Butcher is like no butcher you've ever seen. We go behind the scenes to find out if it is truly possible to butcher vegetables.

No Meat, No Problem! How to Get Protein as a Vegetarian
Becky Mathews
Less Meat & Dairy

No Meat, No Problem! How to Get Protein as a Vegetarian

Worried about how to get protein as a vegetarian? We've got all the advice and meal ideas you need! It's really not that difficult.

What Happens When Someone in the Family Turns Vegetarian?
Andrew Dedman
Less Meat & Dairy

What Happens When Someone in the Family Turns Vegetarian?

Family meal planning can be difficult at the best of times, but what about when someone in the family turns vegetarian. Here's one family's story.

My Child Wants to Be a Vegetarian – What Now?
Gina Hagler
Less Meat & Dairy

My Child Wants to Be a Vegetarian – What Now?

What would you do if your child wants to be a vegetarian? One mum tells her story of putting vegetables ahead of meat at the dinner table.