Tonight a few friends invited me to ‘Cheese Town’, a themed pop-up that does exactly what it says. If you’d asked me a month ago, I would have been ready to quit my job, sell my house and move into Cheese Town.

But Veganuary means I am at home writing this article, and not on a rooftop in Brixton with my friends eating mac ‘n’ cheese served inside a baked camembert with a side of Stilton-topped sweet potato fries. (Right, that’s it, I’m muting Whatsapp.)

So whether you’re just on the ride for Veganuary or are contemplating a more permanent lifestyle change, what are the best dairy alternatives when going vegan?

There are many things I love about veganism. Vegan cheese, however, is not one of them. I imagine if you’ve been vegan for years and can’t really remember cheese, it’s probably OK.

For me, the memory is too fresh. I would rather go without. And given that I ate approximately 17 cheeseboards over the Christmas break, abstinence is probably not a terrible idea. 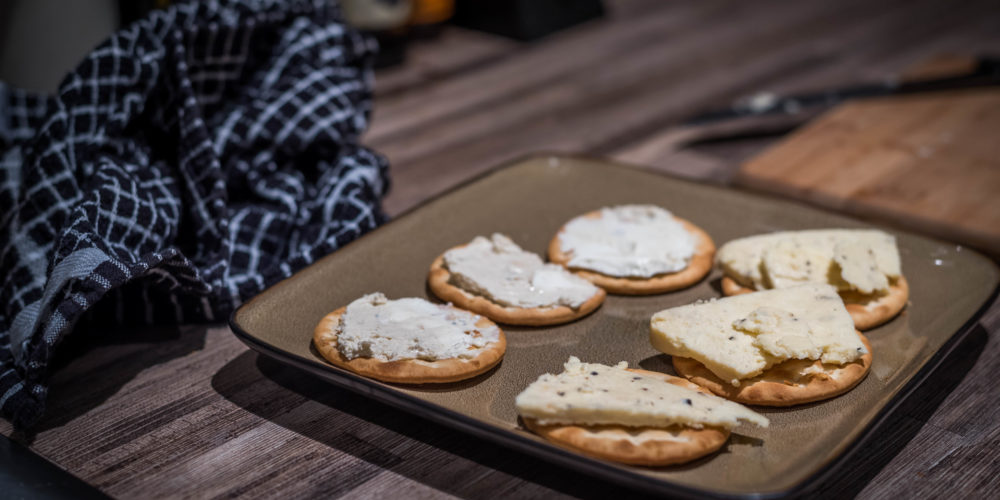 I tried out a few vegan ‘cheeses’ last year, with varying rates of success. I found a smoked hard ‘cheese’ that was vaguely palatable. If you grated it on toast and grilled it, it sort of melted. I also tried a ‘cream cheese’ that was totally monstrous. It was more or less pure coconut oil. The Angry Chef is right, it really DOES make everything taste like suncream. So I gave up.

Milk on the other hand, I don’t miss at all. Plant-based milks have come a long way. I genuinely love Oatly Oat milk, as well as their creme fraiche and their vanilla custard. Best of all, they don’t taste like savoury Malibu, unlike most of the coconut-based dairy alternatives. Plus Sweden is a shorter hop than California, so environmentally, it seems like a better option than almond milk.

Milk and cheese are good sources of the famously controversial B12 vitamin. I can’t write about veganism without writing about B12, right?! Seemingly the hottest of vegan topics, it’s a hill many have chosen to die on (or at least squabble about online).

It’s usually obtained through animal products, so it’s a good idea to take a supplement when you’re following a vegan diet. Some plant-based milks, such as Oatly in the UK are fortified with Vitamins D and B12.

(Now I just need Oatly to collaborate with a forward-thinking brewery on an oat milk stout, and all my vegan dreams will have come true.) 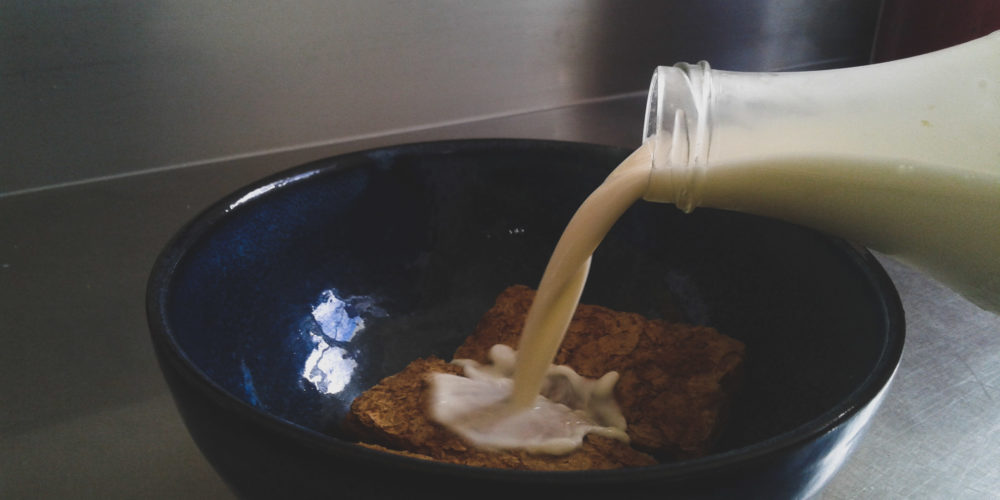 Perhaps one day soon Oatly will step up and also create a decent oat-based Cheddar replacement. (Oatly, if you’re reading this, please prioritise the oat milk stout first, I can wait for the cheese). In the meantime, it seems that one of the best dairy alternatives is to to make your own.

I’ve come up with my own twist on cashew cream that works on a bagel as an approximate cream cheese substitute. It’s also delicious dolloped on top of couscous, stirred into soups, or as a spicy ‘mayo’ on your favourite vegan burger. Alternatively, you can thin it down to make a creamy salad dressing.

I discovered the delights of adding savoury yoghurt to dishes last year (full fat yoghurt with a squeeze of lemon and a sprinkle of garlic salt – yum!), and this is a pretty good replacement.

Yes, I know I’ve been trash-talking coconuts this whole time, and with good reason in my opinion. But in this, you can’t really taste the coconut, it just helps achieve the creamy texture.

It’s super easy to make and is a really versatile way to add some extra flavour. 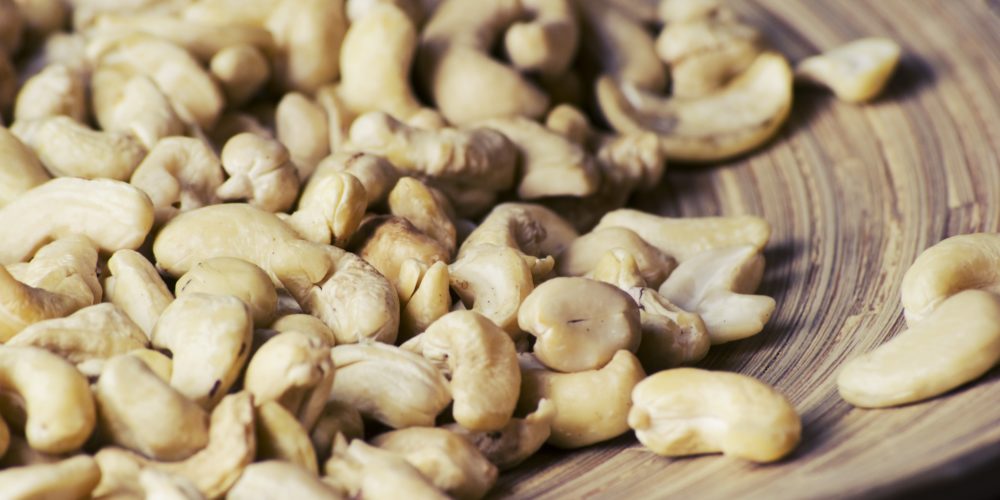 A couple of easy steps:

This should make enough for a few servings. Feel free to swap out the harissa and use up whatever herbs, spices and pastes you have lurking in the cupboard or fridge!

If you’ve got any recommendations for dairy-free vegan swaps, we’re all ears. Get in touch via Twitter or Facebook to let us know your faves.