It’s difficult to believe, but 4.6 million Britons currently live in food poverty. We’re a rich country, recently rated the seventh richest in the world. Yet millions of us are struggling to access enough food.

What Is Food Poverty?

One of the main problems of food insecurity, aside from going without sufficient food, is that it leads to a poor diet. Families are forced to buy cheap, processed foods that lack vitamins and minerals. 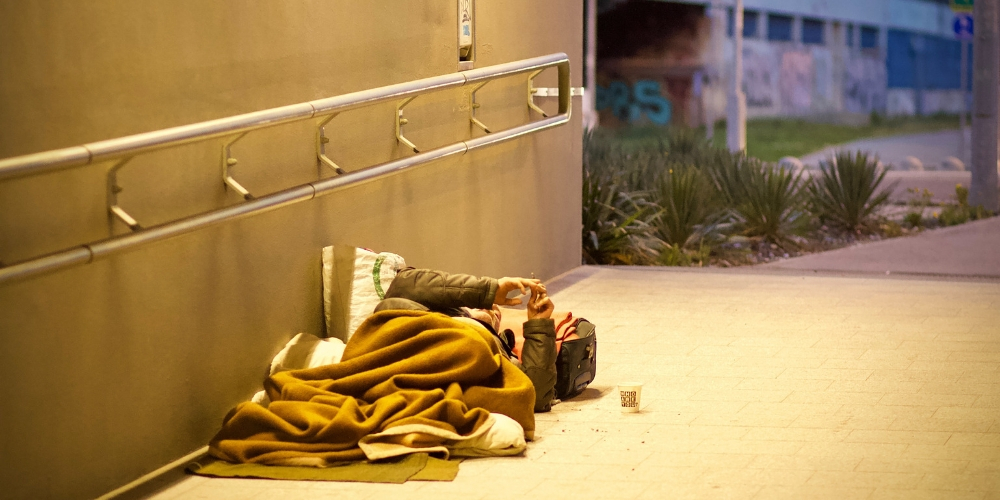 This has a knock-on effect on future health. Particularly so in children who haven’t had the opportunity to learn about healthy foods.

Undernourished children also experience developmental and behavioural problems. These can include impaired academic performance, and ‘food shaming’ – the embarrassment of having no food and being unable to ask for help.

The official government poverty measure is a European standard. If your income is 60% less than your country’s median income you are classed as in poverty. It’s thought that 7.3% of the UK population are in poverty. This translates to 4.6 million people living without enough food on a daily basis.

Food poverty is increasingly common because food is often in the ‘flexible’ budget. Rent, electricity and water bills are usually fixed, but there’s wiggle room for the food budget. Families often have to choose to go without food in order to pay these other bills.

Why Does the UK Have a Problem With Food Poverty?

Changes and cuts to the welfare system cause problems for the families already struggling.

The Trussell Trust runs food banks across the UK. Their statistics show that problems with the welfare system are the most common reason people end up at food banks.

There are also problems that affect specific groups. Take the elderly for example. The All-Party Parliamentary Group for Hunger recently found that more than a million older people are malnourished.

Reasons for malnutrition vary in the elderly. They include life-changing circumstances such as bereavement and illness. Local shop closures and loss of community transport also add to the problem. These elderly people then just fall through the safety net.

This was highlighted only too well this year when my own grandparents, who are sufficiently well-off, lost the ability to drive. Without me organising an online weekly shopping delivery they would struggle to eat. How many elderly folks have no family to help them?

How Does This Stack up Against The Rest of the World?

The problem of global food poverty doesn’t make good reading. A report from UNICEF in June indicated that Britain has the highest number of children living in food poverty in Europe. In 2016 research suggested that 1 in 8 Americans were ‘food insecure’ – that’s 42 million people.

Food poverty is a worldwide issue. While we may think it only happens in sub-Saharan desert regions, that’s far from the truth.

The Issue of Food Waste

Despite people going hungry, the UK throws away an astonishing amount of food.

An estimated 7.3 million tonnes of household food waste was thrown away in 2015. It’s not just from homes either. Shockingly, 41% of waste from food outlets is perfectly edible.

Something’s going wrong here. How can such large-scale food waste occur when millions don’t have enough to eat?

MPs are attempting to push through a food insecurity bill. This bill would measure hunger in the UK using existing national food surveys. By properly measuring food poverty, the government say they’ll have more of an opportunity to fight it.

The All-Party Parliamentary Group for Hunger is also calling for change. They’re urging supermarkets to put more effort towards helping the elderly in food poverty. They suggest assisted shopping, lunch clubs and subsidised travel are all made available.

But while the government may or may not take steps to end the hidden hunger crisis, charities aim to help people in immediate need.

Fareshare collected 17,000 tonnes of edible surplus from the food industry last year. They turned it into 37 million meals ready for redistribution to hungry Brits. The Trussell Trust also take donated food supplies and redistribute it to people in need. Last year they gave out over a million emergency food supplies, a 13% increase on the previous year.

Food charities do sterling work. Without them, people would suffer – but handouts can’t be the long-term answer.

Our government needs to get a grip on this situation. We need investment and support for businesses like The Good Kitchen with great ideas that could bring food poverty to an end. A more robust way of identifying those in food poverty, and ways to ensure people get the food they need is crucial.

Charities should not have to pick up the pieces of failing government policy.

If you feel inspired to help, join your local food bank or Fareshare. You can also donate via your weekly online shop. Look out for friends and family members who might be too embarrassed to admit they don’t have enough to eat too. You may well help to change their lives.

Eating on the Poverty Line: The Fine Balance Between Food, Income and Health

As our appetite for healthy, organic, ethical and fairly traded food grows, what does this mean for those living on or below the poverty line? Is it more expensive to be poor and where does the responsibility for an unhealthy diet really lie?

Buy One, Give One Free – the Brands Giving Back on Your Behalf
Hannah de Gruchy
More Social Good

Buy One, Give One Free – the Brands Giving Back on Your Behalf

Choosing to support B-Corp food brands makes a difference to someone, somewhere in the world. Here's our list of British brands giving back.

Discover the non-profits and social enterprises rescuing and redistributing surplus food in order to help end food waste and hunger.

Demand for food banks is on the rise. Donations from companies looking to reduce food waste can help. But what happens when food waste levels decline?