Moving week. Your home is filled with half-full boxes and you’ve just run out of packing paper. Perhaps a quick break and a bite to eat will bring some calm to the chaos. Opening the fridge you find umpteen half-full jars of jams, pickles, pastes and condiments; there’s some pots of yoghurt, 6 sweet potatoes and a white cabbage which is a few days old but definitely not past its prime. What do you do with all this food? Do you pack it and take it with you? Take the easy option and chuck it out or find someone to give it away to?

This was the situation that faced Tessa Cook. Growing up a farmer’s daughter, the thought of throwing away perfectly good food (that someone had toiled over to grow and harvest) was still unthinkable. Instead, she went in search of a way to give the produce away to someone who’d put it to good use. To her surprise, she found no such outlet, marketplace, website, app or service for sharing surplus food. But thanks to Tessa and her co-founder Saasha, there is now a solution. They’ve created a rapidly growing, thriving marketplace for sharing food in London.

OLIO is a marketplace for everyday people and retailers to give away (or sell) their excess food. It’s a simple concept but one that faces a number of logistical and educational challenges. But despite that, the idea has been embraced wholeheartedly.

In the short space of four months since launch in July 2015, OLIO has been downloaded over 10,000 times, nominated for New Business of the Year and Social Enterprise of the Year at the Dot London Small Business Awards, and was recently selected as Tech City News’ ‘download of the week’.

“For the longest time, people have been lectured about food waste. But the reality is that we’re busy people and a lot of the traditional tips and tricks for dealing with food waste (like preserving, pickling and fermenting) don’t fit into a modern lifestyle. Isn’t it crazy that there’s been no better solution than the rubbish bin? The solution to too much food in one place isn’t to throw it away, surely a more obvious answer is to share it with someone that wants it that’s nearby.”

“Isn’t it crazy that there’s been no better solution than the rubbish bin?”

OLIO are “on a mission to unlock the value of food that’s wasted in the home and local community” but if you’ve never heard of the app or you’re not familiar with the problem of food waste, the idea of giving away your surplus food might sound very strange. Why take time out of your busy day and go out of your way to give something to someone you’ve never met? Well, based on my discussion with Tessa, there are two main reasons: passion and community.

Get behind a good cause 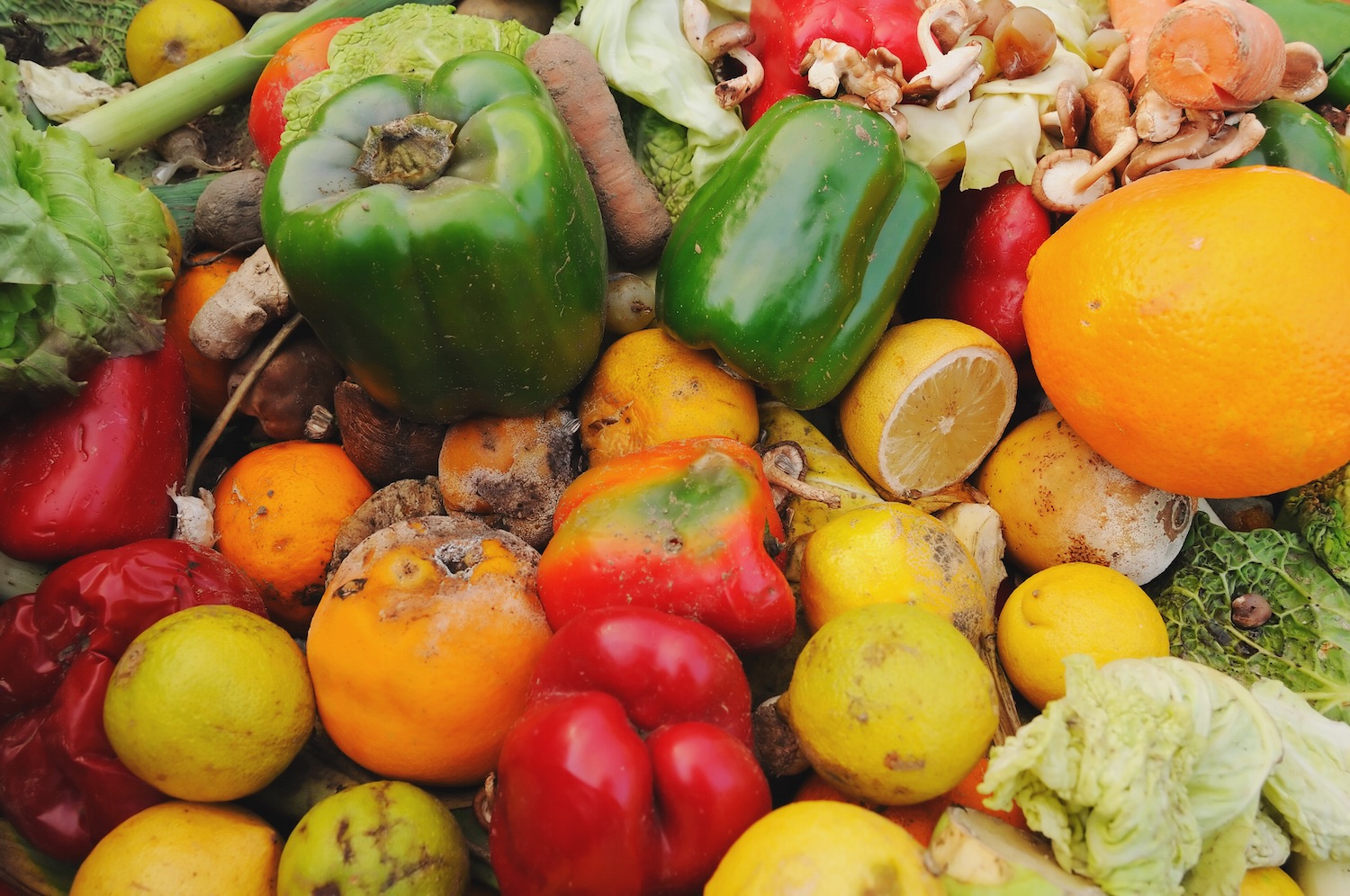 Roughly one third of the food produced across the world is wasted, some 1.3 billion tonnes. Almost 50% of the total amount of food waste in the UK comes from our homes, where households throw away around 7 million tonnes of food each each year. Look at those stats alongside the fact that 800 million people in the world are starving and the scale of the problem starts to become apparent.

There could be many contributing factors to having so much food waste. 2-for-1 offers entice shoppers to buy more than they need. People leading busy lives means they aren’t eating as many home-cooked meals so food goes unused. We have all the best intentions of eating better so we stock up on curly kale, 20 varieties of seeds and pulses and an assortment of other exotic fruit and veg; all which go uneaten as we fall back to our unhealthy, old favourites. Or is this just me?

UK households throw away around 7 million tonnes of food each each year.

Regardless of how we end up with surplus food, research has shown this waste adds up to around £470/year for a couple or £700/year for the average family with children. Food waste may be a global issue but there is so much that can be done at the individual level to solve this crisis. Whether you want to get behind the good cause or just want to save some money, the potential impact will be massive.

Get to know your neighbours

A good cause and the ability to make a difference is a compelling reason to jump on the food waste bandwagon but can that alone explain the explosive growth of a food waste app? No. There’s something much more powerful at work here. Something that goes beyond saving money. The real power of OLIO is through community; it’s the connections made by real people that have been a significant factor in the success of the app so far. When we chatted to co-founder Tessa she said:

“Some people say that technology is isolating us, but I disagree – it brings people together and OLIO is an example of this”

“what people have loved about OLIO is meeting a neighbour. That community aspect has been unbelievably powerful. Every day in north London, literally hundreds of doorstep connections are being made and from that wonderful things are happening. People have told us how they’ve lived in their neighbourhood for years and don’t know anyone and it’s been amazing to meet people via OLIO.”

Tessa went on to describe some of the incredibly stories of connections and sharing that have taken place via their app:

“There’s a lady who, any time she collects some food from someone, she makes them a small little gift. She made someone a gift for their toddler for example. I even experienced things myself. I went to collect some butcher’s sausages from a guy who hadn’t cooked them all on his BBQ and he then just offered me a whole load of lavender and rosemary from his garden. It was amazing! I love the smell of lavender and rosemary and I live in a flat where I wouldn’t normally have access to those things and he just shared them with me.”

Not only is OLIO connecting people on their doorsteps, but the app is bringing people together with their local retailers too. An issue that the OLIO team identified early on was that people are busy and often meeting up to exchange food isn’t convenient. To combat this, they have partnered with 30 local retailers and installed “drop boxes” where one OLIO user can drop off the food to be collected by another user at their convenience. This is not only making the service easier and more convenient to use, it’s connecting people with the businesses in their local community too.

OLIO are using this power of community to make an impact on the food waste problem. They tested the concept via a private What’s App group to see if people would actually share surplus food with each other. The next step was a controlled beta test in a small pocket of north London. They have recently opened up the app to users London-wide and are planning to run a campaign next year to enable communities across the country to bring OLIO to their city. The app is still very simple (but the best things in life are) but the OLIO team have a huge vision for the future both in terms of what it will be able do and who it will be able to reach.

“We’re really really motivated to make a significant dent in the problem of food waste. We believe that a lot of small actions add up to big change. Our vision is that in 5 years time OLIO will be part of the fabric of society and people will genuinely look back in disbelief and say ‘was our solution to surplus food to throw it in the bin? That’s crazy’. In order to achieve that aim, we’re going to have to build an app that is fun, engaging and connects people. We’re working on lots of social features to make that happen and make OLIO always top of mind.”

It’s amazing that technology has the power to make human connections and help solve real problems. It’s an exciting world that we live in and technology, apps and gadgets are enabling normal people like you and me to make significant change.

So, join the food sharing revolution and say no to food waste; you might even make a new friend or two along the way.

Learn about food waste, surplus food and how a UK food startup is turning surplus fruit into a delicious fruit jerky that's gluten free and vegan too.

We need to stop wasting food, but it's hard to know where to start. Here are some ideas on how you can make small changes for maximum impact.