Food waste is a huge problem. In the UK alone we throw away 7.3 million tonnes of food each year.

This equates to £13 billion in hard cash. It’s estimated that 4.4 million tonnes of this wasted food mountain is perfectly edible.

In other words, each household in the UK is throwing away £470 worth of food every year. This is quite literally throwing money away.

Not only that. How many hungry mouths could this shocking amount of wasted food, feed?

Globally, food waste is estimated to cost £2.9 trillion a year. That’s enough food to feed every hungry person in the world twice over. Yet food insecurity and hunger still exist in both developing and developed countries.

It’s clear that we’re not adequately distributing the food we produce. It’s also clear that the environmental costs in water, energy and space to grow food that is not eaten is more than our environment can take.

With an expected global population of 9.7 billion in 2050, we can’t afford to waste valuable resources or food.

Supermarkets are partially to blame for the global food waste catastrophe. It’s estimated that supermarket food waste amounts to a total of £230 million each year. But fortunately, supermarkets can also be part of the solution.

Supermarkets have significant power to impact food waste. Changes to the current system of expiry dates could have enormous effect.

Confusion about what the dates mean for food safety causes a great deal of edible food to be thrown away. Few of us fully understand the difference between sell by, use by and best before dates.

Sell by and Use by Dates

Sell by dates are for use by the supermarket only. It indicates to them when a food needs to be removed from sale.

Use by dates are usually added to perishable foods such as meat and fish. It means that the food needs to eaten by this date as it could prove harmful to health past this date.

Most sell by and use by dates are based on the results of laboratory tests. Foods are tested each day for the number of naturally occurring bacteria present.

These bacteria are completely safe but they continuously multiply. Once they reach a certain number, the food is deemed unsafe. How many days this takes dictates how many days the food is given on its sell by or use by date.

Food with a use by date should be eaten by this date.

Fruits and vegetables usually have a best before date. This date is the date before which the food is at its best. It’ll still be safe to eat after this date, it simply might be a bit soft or brown.

The problem is, most consumers don’t know that there’s a difference between use by and best before.

With all this confusion and lack of consistency, consumers often wrongly assume that food past the date on the label is unsafe, and throw it away.

Supermarkets need to play a role in standardising this information. They need to present it to consumers in accurate, easy to understand formats.

We’d argue that fruit and vegetables don’t need any date. Consumers own judgement is far better.

Supermarkets can, and do, donate to food banks. But food banks have a limited amount of time to turn overripe produce around before it goes bad.

Food banks are prohibited from giving away food that has passed its use by or best before date. This often means that perishable products still end up in the bin.

Other similar models are popping up as an alternative to food banks. FareShare was founded by homeless charity Crisis and supermarket Sainsbury’s. It redistributes surplus food from supermarkets to charities and community groups.

OddBox collects wonky veg that would otherwise be rejected by supermarkets. It then sells it to consumers by way of a weekly veg box at 30% less than the regular price.

FoodCycle brings communities together by serving meals in some of the most deprived areas of the UK. They do it all using reclaimed surplus food.

These community-based models can be replicated to help redistribute food. But it will still take a nationwide effort to make a true impact on reducing supermarket food waste.

How We Can Help Reduce Supermarket Food Waste

Supermarkets have a large role to play and a long way to go until food waste is truly tackled.

But there are things we can do to help force them into the right direction. Our purchasing power is strong and we can use it for the advantage of reducing supermarket food waste.

Which brings us nicely onto unrealistic beauty standards. For decades now, supermarkets have been rejecting imperfect fruit and vegetables.

Overly large parsnips, knobbly apples and curvy cucumbers have all faced the chop. Not just the odd one or two either. Entire fields worth of fresh food can be rejected by the supermarkets.

Why? Because they say we don’t want them. They say that we couldn’t possible deal with a large carrot. Or a potato with knobs on it. How stupid they think we are is anyone’s guess.

Most of us would rather speak for ourselves. So use your power and opt for ugly. Until recently, this has been tricky, since ‘ugly’ food has already been sent to landfill.

But now, many supermarkets are offering imperfect fruits and vegetables at discounted rates. The more we choose these, the more they’re likely to be offered.

Some boxes also include recipe cards that explain how to cook with minimal waste.

Look out for reduced items nearing their use by or best before dates too. There are lots of bargains to be had as the supermarket nears its closing time. This saves you money and saves food from going to waste. Win win!

Try not to get sucked into unnecessary supermarket deals too. Buy one get one free, three for two and all manner of other deals entice us in. But if we don’t need all that food, then it’ll inevitably end up in the bin.

A Word on Packaging

Many of us now take our reusable bags to the shops, so that we don’t have to use plastic bags.

Yet still so much fresh produce is wrapped in plastic. (Although special mention to Sainsbury’s. I bought avocados, bananas, tomatoes, broccoli, cauliflower and cabbage all without a single piece of plastic today.)

Plastic packaging does serve a purpose. It helps to keep food fresh. If we changed our shopping habits though, and only shopped for what we need when we need it, we wouldn’t need plastic for freshness.

Again we can use our power to help by only choosing plastic free produce. Whoever counts up the plastic free broccoli sales versus the plastic wrapped in my Sainsbury’s will today notice one extra vote for plastic free. And that makes me feel very virtuous.

Or, if we only have the time to shop weekly, we can still choose plastic free. In a decent fridge, food is unlikely to spoil in a week. But to be sure, there are many ways to store food to maximise its life.

Food waste is a complex problem, but the power and reach of supermarkets should be part of moving us towards meaningful solutions. Many are making progress, but the challenge is huge.

More must be done to have a significant and lasting impact on reducing food waste.

What steps are you taking to reduce the amount of food you throw away?

What else do you think supermarkets should be doing to combat this issue?

Let us know and we’ll share your ideas with our community!

Want to Reduce your Food Waste? 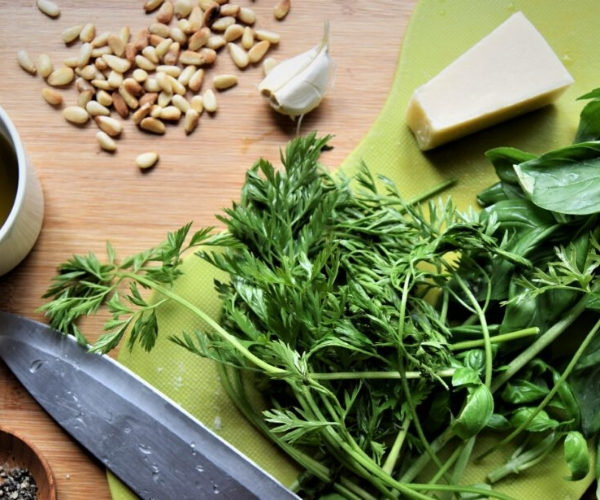 Farmers’ Market vs Supermarket – Which Fresh Produce Is Best?

Farmers' market vs supermarket: who wins the battle over fresh produce? With more markets around, the answer is more complicated than you think!

Why We’re Paying a High Price for Cheap Supermarket Food

What is the reality of cheap supermarket food? How does it impact the producers, the environment and our health? Discover the answers.

Farmdrop are aiming to become the UK's ethical grocer. Discover how they use mobile technology to connect consumers with fresh produce direct from farmers.

Learn all about eco friendly packaging - what it is, why it's important and how you can ditch single use plastic packaging for good.

We’ve got your back(sides) covered with this guide to the best plastic free toilet paper, and a few alternative options you may not have considered!