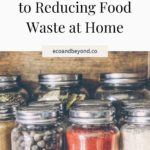 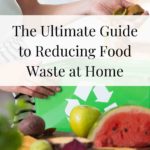 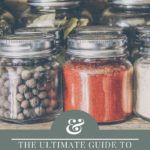 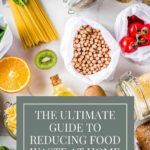 In a world in which nearly 800 million people are suffering from chronic undernourishment — 13% of the population of developing countries — food waste is one of the most shocking examples of excess in the developed world. By reducing food waste additional resources could be redirected to providing food to those that are currently not receiving it.

The UN, the EU, and the UK’s Department for Environment, Food and Rural Affairs (Defra) have all established initiatives dedicated to tackling this issue. One of these efforts, the UN’s Save Food initiative, defines food waste as ‘a decrease in quantity or quality of food’. This decrease can happen at any point in food’s journey from farm to tables, from bouts of blight in the fields to faulty refrigerators in stores.

The vast majority of food waste occurs in individual households.

In developed countries such as the UK, however, the vast majority of food waste occurs in individual households. A typical UK resident is likely to find this fact equal parts surprising and embarrassing — after all, this is the same country that encouraged citizens to save every leftover scrap during fourteen years of rationing.

However, there’s a bright side to the fact that most of our country’s food waste happens within households. While waste that occurs at the production stage is relatively out of our hands, we consumers can directly affect waste within our own homes.

UK households throw away 6.7 million tonnes of food every year. That’s a third of all the food we buy! Imagine coming home from the supermarket with three bags of food and immediately stuffing one in the bin. Sounds ridiculous, but that’s exactly what each one of us does on an average basis. Much of this food isn’t even spoiled or otherwise adulterated; nearly half is fresh and unprepared, and one quarter is still in its original packaging!

You may not think much of the scraps you toss in the bin, but all that waste adds up. Altogether, food waste costs the UK nearly £13 billion per year. That’s about £520 per household. Any family would be happy to add £520 to their annual budget, especially one of the 10 percent who are classified as food-insecure. The UK is home to 8.4 million hungry people who could be receiving much-needed nourishment from all of our avoidable waste.

Along with these social repercussions, food waste also causes environmental issues that may be less immediately obvious. When food decomposes in a landfill, it emits methane and carbon dioxide, two potent greenhouse gases that contribute to climate change. Food waste is one of the world’s most significant sources of greenhouse gases; it contributes almost as much (87%) as road emissions.

Food waste causes so many problems that it’s simply irresponsible not to try to reduce it in your own household. Luckily, cutting down on waste can be as simple as adding some careful planning and a dash of creativity to your usual food routine.

Before you go grocery shopping for the week, plan out your meals and determine what ingredients you have to buy.

Make sure to stick to your list when you’re at the store (avoid shopping hungry to prevent impulse buys). That way, you’ll come home with exactly what you need for the week and nothing extra to waste.

Learn about the best ways to store your produce. Every fruit and veg needs slightly different treatment.

Potatoes, for example, do best in a dark, dry place between 7 and 10 degrees Celsius, while celery can last for months when stored in the crisper wrapped in aluminum foil.

Whenever you throw away food, write it down in a notebook set aside for that purpose.

At the end of the week, look through your notes to understand what you throw away most often and how you can change your ways to prevent that waste.

For a time-tested way to prevent spoilage, try fermentation!

You can turn cucumbers into gherkins or cabbage into piquant sauerkraut with little more than salt and a pinch of patience. Try a quick Google to get you started on your fermentation journey.

Starchy foods such as rice, potatoes, and pasta make up the largest portion of overall waste, presumably because people tend to cook too much.

To prevent this problem at your own meals, use a kitchen scale or portion control tool to measure out your carbs.

Bulk up your leftovers recipe repertoire. There are countless ways to revitalise the remnants of last night’s supper.

Stews can fill up meat pies, spinach salads can become stir-fries, and mashed potatoes can be rolled into crisp-edged croquettes. The only limit is your creativity!

Cook up a ‘Fridge Surprise’ every week to use up anything in your fridge and pantry that might otherwise be thrown away.

You can fancy up some of these leftovers with those creative, waste-preventing recipes you’ve been working on.

If you don’t think you can use your leftovers within a few days, freeze them for later.

Make sure to mark your frozen leftovers with their contents and the date they were cooked.

Your blender is your best friend. Fruits and veg that are beginning to look too shriveled for a salad can make delicious smoothies and juices.

Make your own stock. It’s a great way to use up leftover chicken carcasses and other boney bits of meat, as well as tasting loads better than anything you can find at the store.

If you’re not aboard the composting bandwagon yet, you should definitely hop on.

Composting isn’t the be-all and end-all solution to reducing food waste, but it’s a great way to prevent ‘unavoidable’ waste such as eggshells, inedible vegetable peelings, tea leaves, and coffee grounds from entering the landfill.

You don’t have to toss the peel of every fruit and vegetable you eat. Many peels, including those of carrots, potatoes, apples, and even kiwis, are perfectly edible, not to mention packed full of fibre and nutrients.

Scrub your produce instead of peeling it to trim down the amount of food waste you send to the landfill.

If you often find yourself with leftovers you can’t eat, try a food sharing app such as OLIO.

These online applications connect people and shops who have surplus food with neighbours who are happy to receive it.

Try a ‘rescued’ produce subscription service such as OddBox. These companies collect fruit and veg that were rejected from supermarkets for superficial or market-driven reasons and redistributes them to households across the country.

Reducing food waste at home doesn’t have to be difficult, particularly if you’re a whiz in the kitchen. Give these recipes at a go, you’ll have your friends coming back for more every time. 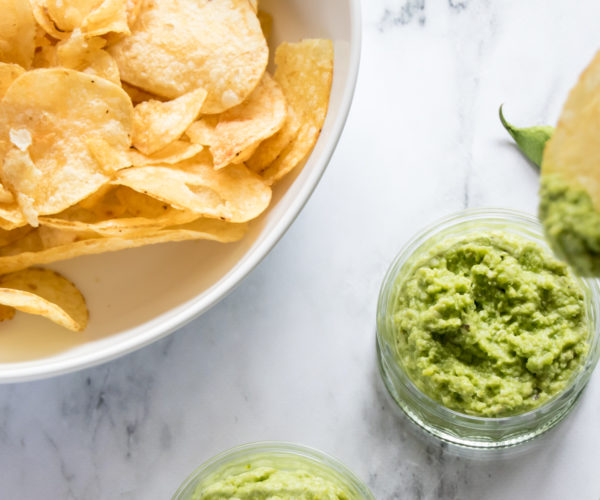 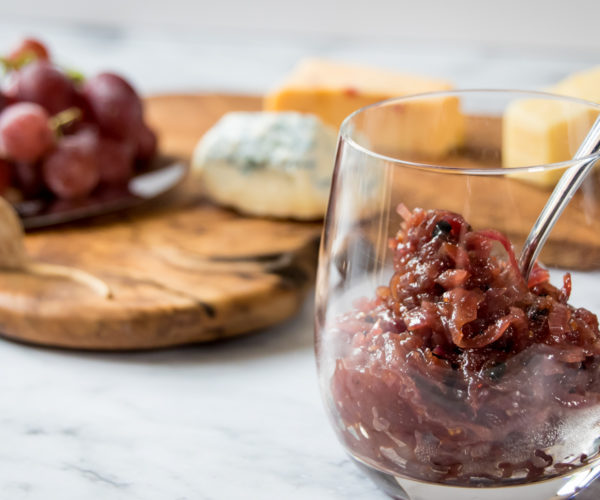 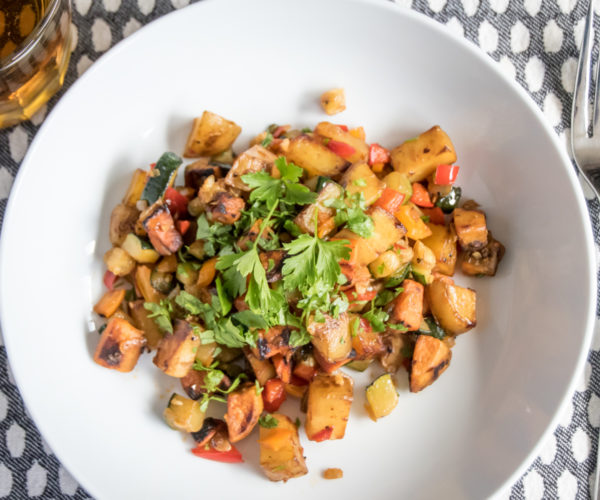 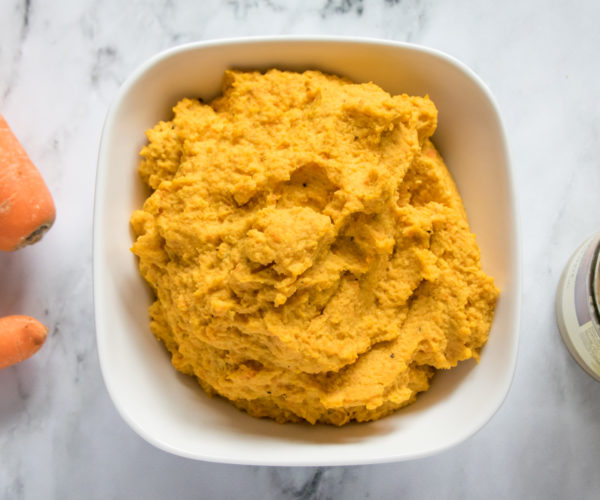 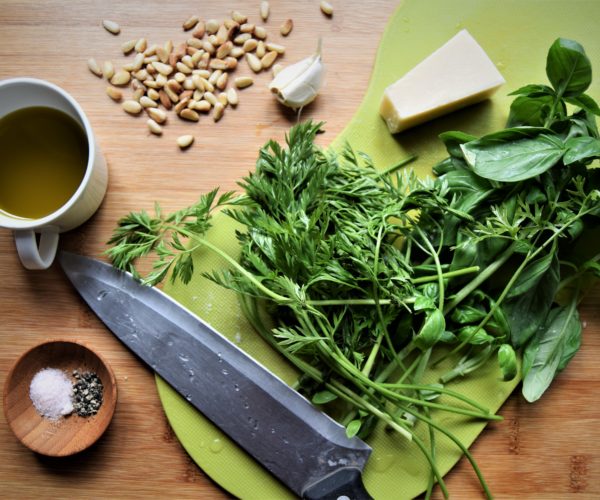 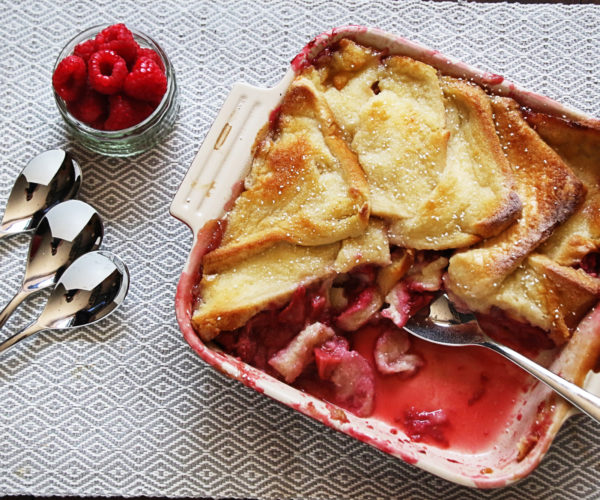 Be Part of the Solution, Not the Problem

With such staggering statistics, there’s no question that the state of food waste in the UK and the world is a serious problem. The 6.7 tonnes of food that the UK throws away every year isn’t just an embarrassment in the face of the 8.4 million hungry people within our borders; it’s also a major producer of the greenhouse gases that power climate change.

Some of this waste happens on farms, at stores, and at all the points of transit in between, but most of it happens in individual households. Therefore, as with any big, looming global issue, the best place to start to reduce food waste is right in our own homes.

Anybody can help reduce food waste by learning to shop smart, store produce properly, and use up leftovers like the thriftiest of grandmothers.

Creative recipes that use up leftovers and scraps, such as bread and butter pudding and carrot-top pesto, make reducing food waste a fun and tasty effort that the whole family can get involved in.

With a little foresight and teamwork, we can reduce the bulk of UK’s food waste from a mountain to a molehill.