About 18 months ago, disused Underground tunnels beneath Clapham High Street were suddenly flooded with pink light, awash with chemical liquids and peopled with entrepreneurial types in lab coats. No, it wasn’t a rave, but London’s first underground farm.

If you haven’t bought Growing Underground’s baby greens at Borough Market, you might have tasted their fresh herbs in some of London’s top restaurants. As the produce hits retailers this month, Co-founder Steven Dring tells us more.

Dring’s West Country lilt might suggest field and farm, but there’s nothing pastoral about his, and fellow entrepreneur Richard Ballard’s, 3000m2 hydroponic system. The LED lights and trays of seedlings flooded with nutrient-rich liquid produce a host of salad types in a few short weeks.

“Our growing guys are planting seeds on a daily basis. They harvest in the morning and sow in the afternoon.”

Protected from wayward London weather, the stable climate of an underground farm means a consistent crop. No pests means there’s no need for pesticides, there’s little waste and 70% less water than open field farming. What’s more, Growing Underground only sell locally, so the greens could be on your plate a mere four hours after picking. 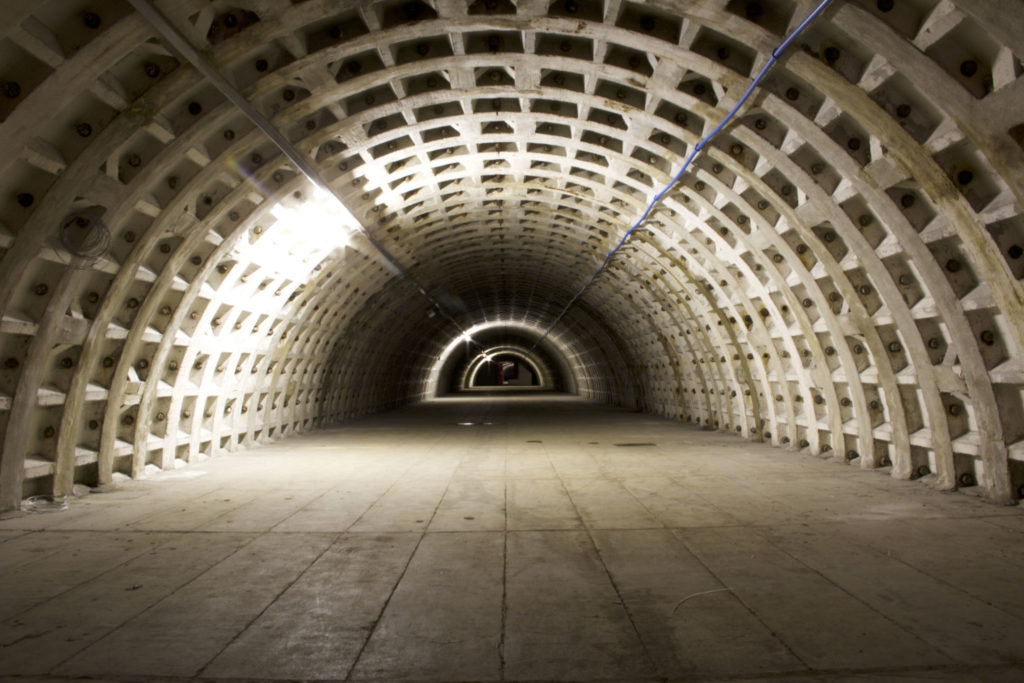 The sustainability aims are big.

“Ultimately, we’ve got a finite amount of agricultural land and a growing population. In the UK, we’ll always be complementary to traditional farming, but if we can grow salads in cities, that frees up agricultural land for people to do different things with.”

Challenges remain, like the nutrients still sourced in the petrochemical industry.

But Growing Underground are attacking on all fronts. Carbon data published early this year will reveal their success via offsets in going zero carbon.

“Some people look at what we do in terms of repurposing old space which was sat there wasted and we’ve turned it into a revenue stream. The hyper local element appeals to others.”

This innovative new approach to farming tackles many issues. But no single issue pulls focus or takes priority. 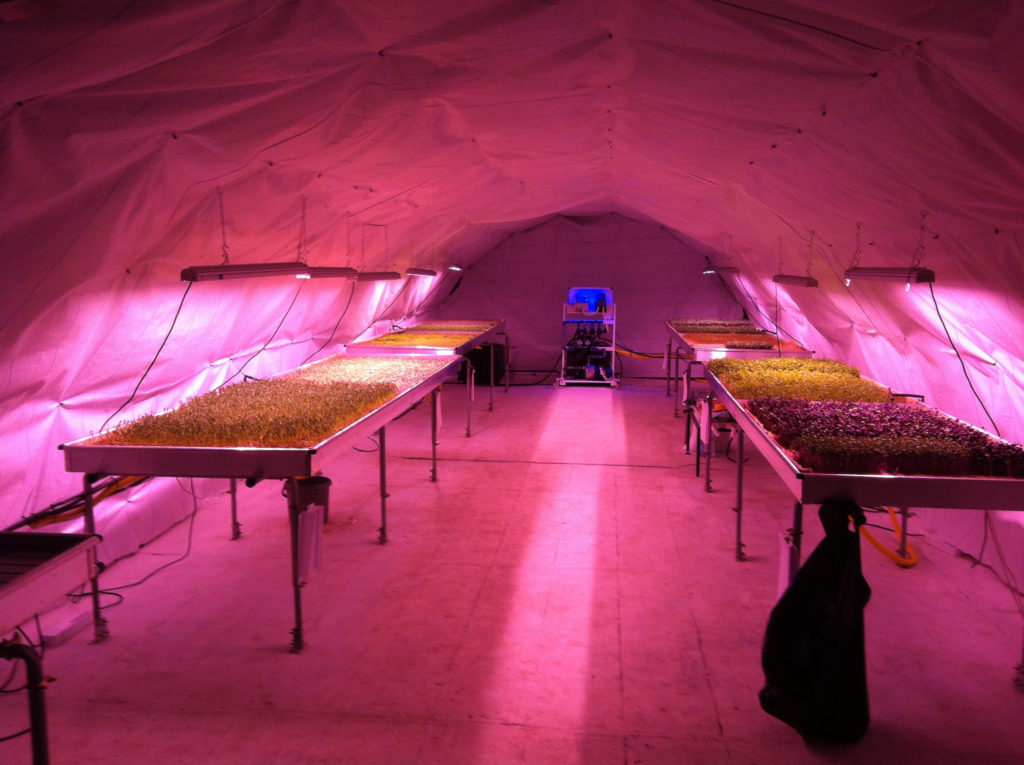 This is not, however, the agricultural equivalent of that vegan chocolate no one wants to eat. Dring insists they’re winning on flavour as well as ethics.

“Our customers like that it’s cut quick and has a lot more flavour than if it had been in the delivery cycle for 72 hours.”

If proof were needed, chef Michel Roux Jr. is on the board of directors. “I kind of expected him to say unless it’s grown in French soil in French sunshine then I’m not interested. And it’s completely the opposite.” You can find Growing Underground greens peppering the plates at Roux’s Michelin-starred Le Gavroche.

Until now, around 90% of produce has gone wholesale into Covent Garden Market. But as it starts to be available direct to consumers, will foodies clinging to a pastoral idyll accept a farm that has swapped hedgerows for hydroponics and sunshine for LEDs? According to Dring, they’ve “never felt any pushback on that.”

Indoor Farming: London’s Niche Concern or the Future of Food?

With the statistics on start-up success punishingly low, Dring is careful with his optimism. “Most of the time I’m looking 10 hours, 10 weeks ahead, maybe 10 years now and again when I’m drunk.” But the vision is global. Initially the challenge was building a blueprint for what an underground farm might look like. Now, they are being offered spaces all over the world to replicate what they’ve built in London.

The team want to expand, to bigger sites and believe they can scale up without losing any of the benefits they’ve achieved in London. “The whole reason we set up was to produce food sustainably. All the environmental stuff, it’s not lost on scale. Otherwise it’s just bulls**t and marketing.”

Growing Underground aren’t just looking to rinse and repeat the current offering elsewhere. They’re still experimenting. “In the tunnels we don’t use, our guys are looking into [growing] strawberries, soft fruits, heritage tomatoes, little bits of pak choi and radishes. There’s so much we can do.”

If they’re right, we’ll be seeing a lot more salad bearing the description ‘delivered to the surface.’ Get yourself a taste.

Could hyperlocal food, with metres rather than miles between farm and fork, be the future of food production? Discover what might be on your doorstep.