Protein-rich insect snacks, powders and flours are gaining popularity. But many of us in the UK remain hesitant to accept insects as the future of protein.

It’s thought we could be unknowingly eating bugs when we eat certain foods. But, thankfully for many non-insect loving Brits, it does depend where in the world we’re eating them.

What?! How Am I Eating Bugs? Surely I’d Know!

It’s true but possibly not something you want to hear.

Food supply chains are long and complex so it can be hard for food manufacturers to keep the bugs at bay. We’re not talking about cockroaches found in the back of dodgy kebab shops. Those guys, and the shop owners, are always going to be busted.

In the US, the Food and Drug Administration (FDA) outlines acceptable limits for the amount of “insect fragments” allowed in different types of food including wheat flour. 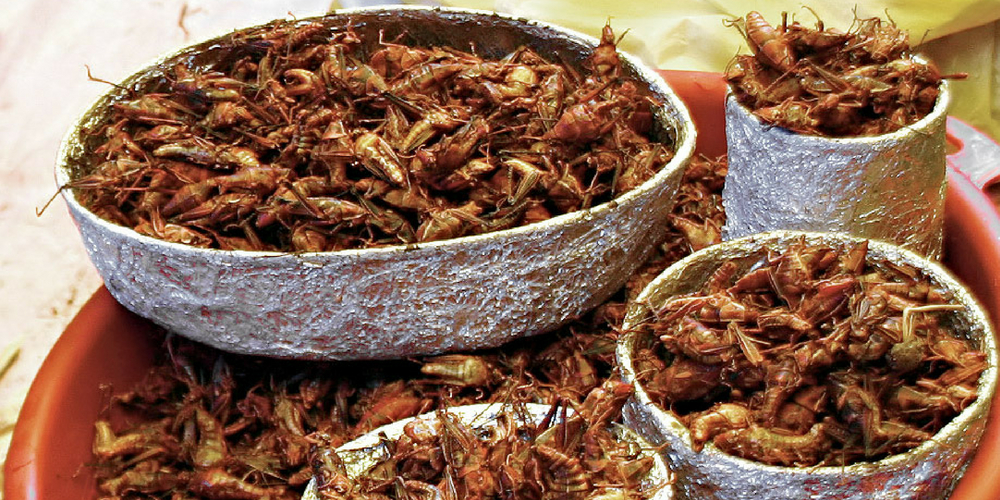 As much as 10% of food in the US may be adulterated. That is, certain foods may contain insects that are not part of the official ingredient list.

Here in the UK, things are much stricter. A spokesperson for the Food Standards Agency is quoted in the Telegraph as saying, “In EU Food Law there are no allowable limits of foreign bodies in food and there is no published list of ‘tolerance’ levels of foreign bodies / matter in food. The expectation of food is that it is not contaminated.”

If you’re a vegan or vegetarian, or you simply don’t fancy insect fragments in your wheat products, then let’s hope this ‘expectation’ is always lived up to! (And perhaps be wary of American bread.)

But insects may find their way into our food beyond just sneaking in and avoiding detection. Cochineal beetles, for example, are ground up to make a pink dye called carmine. Also known as E120, it’s used as a natural food colouring in red sweets.

The History of Eating Insects In Food

As icky as all this might sound, insects have been a major food source for generations in some parts of the world. Insects were always an important source of nutrition for our ancestors too.

Entomophagy, the practice of eating insects, has been common practice around the world for as long as humans have been hungry. In fact, most of the animal protein in the original paleo diet came from insects.

Along with protein, insects also provide nutrients such as zinc, iron, and vitamin A.

Eating Insects Around the World

Today there are between 1,500 and 1,900 edible species of insect. For 30% of the global population, eating insects is considered normal. For example, bee and wasp larvae are eaten in Taiwan and Japan.

In Uganda, white ants, which are actually termites, are eaten fried, dried and steamed. Beetles are a popular delicacy in many cultures.

Although insects are a common snack, there are disagreements over how to describe their flavour to skeptics. The Congolese, who eat caterpillars during the rainy season, say they have a “nutty” taste.

Others claim that eating insects is like eating crustaceans such as crabs and shrimps, as both are members of the arthropod family.

But in reality, just like chicken and beef have different tastes and textures, different insects will provide different dining experiences. 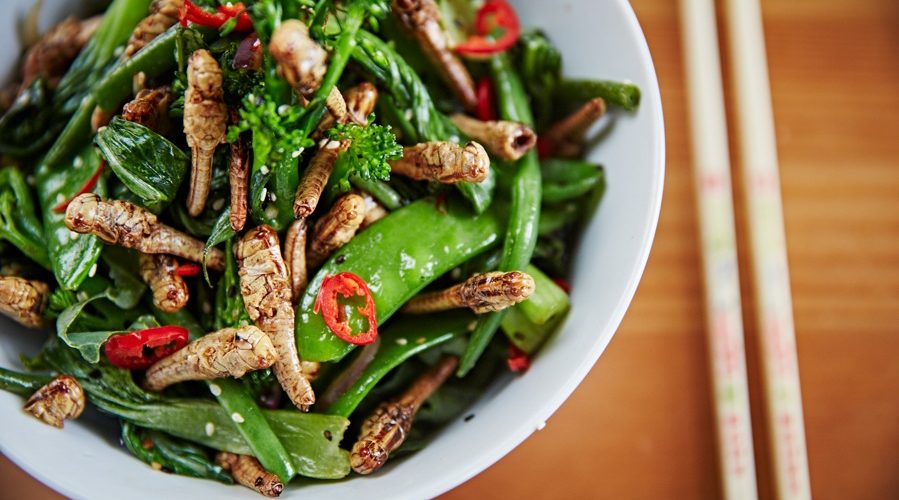 The Proof of the Pudding Is in the Eating

Until January 2018, the Novel Foods Regulation prevented the sale of insects as food in the EU. As expected, now their sale is permitted, the market is regulated – as it is for the sale of any food. It might take a while but insects may be commonplace on menus near you very soon.

Many chefs believe the flavour and appearance of insects are world class. High end London restaurant Archipelago serves crickets and mealworms as part of their a la carte menu. Some cocktail bars feature drinks that contain crickets or scorpions.

There’s also foodie startups selling insect-based snacks, so it’s only a matter of time before bugs make it to the mainstream.

If you fancy trying some, UK based Eat Grub, Bush Grub and Crunchy Critters are all good places to start!

Can We Convince People to Start Eating Insects?
Guy Routledge

Can We Convince People to Start Eating Insects?

Entomophagy is the practice of eating insects. They're good for the body and good for the environment. Can we convince people to give them a try?

Grub’s Up – Why We Should Be Eating Insects

If you're interested in sustainability, especially when it comes to food, would you consider eating insects? Yes? Here's where we found some of the best!

Five Things to Know About Using Insects for Animal Feed

Discover how the need for using insects for animal feed, with a smaller environmental footprint, is growing as the demand for animal-based proteins rises.

A new range of insect products in the UK by food startup Grub. Yes, insects. Go on, be a little adventurous.

Bugs Are The Future

Discover how a couple of bug enthusiasts are working to bring edible insects into our homes and restaurants, with a couple of top chefs already on board.

Hanging out With the Bees: Choosing Bee Friendly Plants for Your Garden
Heather Cotariu
More Sustainable

Hanging out With the Bees: Choosing Bee Friendly Plants for Your Garden

Our bee populations are seriously dwindling, but we can help by choosing bee friendly plants. Here's how to plant a bee friendly garden.