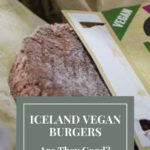 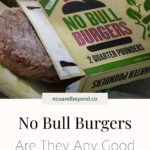 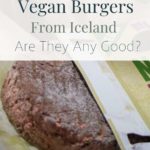 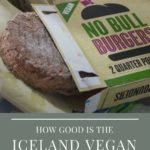 We put the Iceland vegan range to the test in this review.

Going vegan or flexitarian is really on trend right now. I’ve noticed a huge increase in meat-substitutes and a massive improvement in the quality of available options.

I like to try out all the new vegan food on the market, and Iceland caught my attention with their No Bull burgers last summer.

Recently Iceland brought out a new range of inexpensive vegan foods, but the big question is – are they any good?

My family and I decided to put the Iceland vegan range to the test.

Here’s your review panel for the Iceland vegan taste testing:

I chose five products from the Iceland vegan range at a total cost of £12.

That’s right – just £12! I have to say I wasn’t expecting much for the price.

Here’s how they all went down in our household:

These are small, soya-based circles that resemble chorizo. 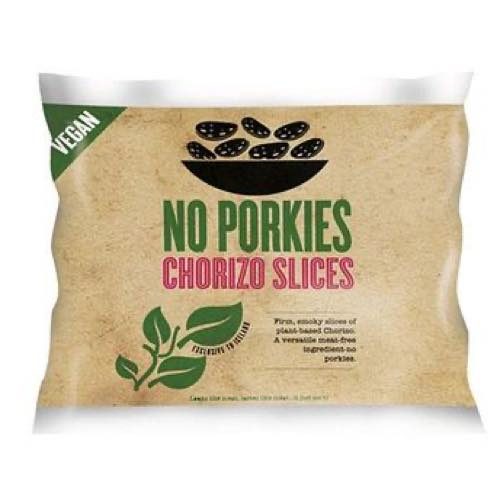 There’s 266 calories in half a bag, lots of salt and no real nutritional value. On the plus side, there’s very little fat and lots of fibre.

They looked just like meaty chorizo, but they tasted awful and had a cheap, fake, smoky flavour.

Top marks for convenience. They sat in the freezer and all I had to do was open the bag and heat them up.

Both microwaved and pan-fried, this vegan chorizo went down like a concrete boat. My husband ate his chorizo-infused risotto in stony silence.

My son, Max, said they were ‘epically awful’. Even the cat wouldn’t touch them and he’ll eat anything including cold broad beans.

Strips of mock chicken made from soya with added flavouring. 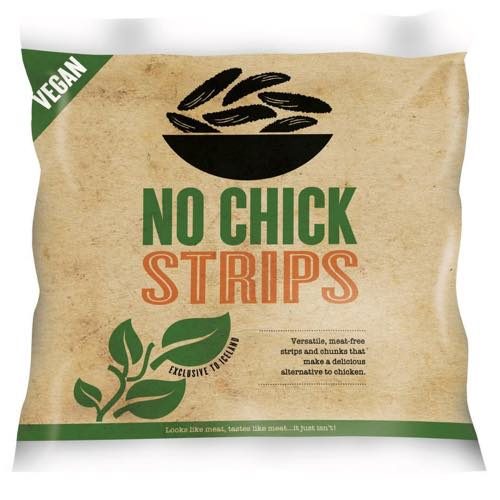 There’s not much in the way of nutrition in these strips.

I was expecting square, white lumps, but instead, they looked like strips of dark chicken meat. They tasted like soy sauce and were quite salty.

Very easy. Take them straight out of the freezer and put them into a frying pan, oven tray, or microwave.

These were a hit with both my husband and son. The only problem was, they made us all very thirsty as the salt content is so high.

Dave the cat became quite excited over the cooking smells.

A good alternative to chicken in everyone’s opinion.

Iceland’s No Chick Strips and No Porkies Chorizo plus yellow rice, peas, peppers and aubergine. 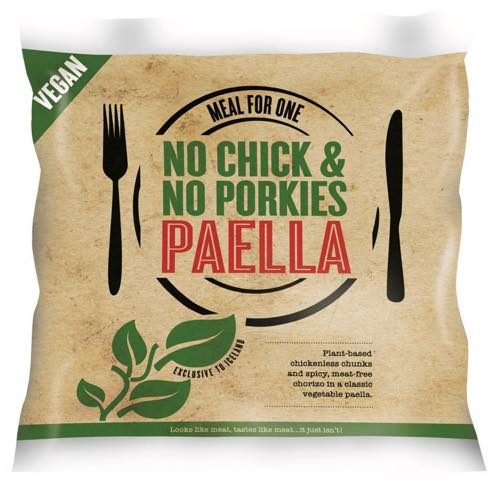 No Chick and No Porkies Vegan Paella

This paella has 125 calories per 100g but there’s also a whopping 1.1g of salt. The vegetables at least gave it some nutritional value.

It’s bright, artificial yellow in colour, really salty, and slightly tingly. It had a strong savoury flavour and the textures were good.

Super simple – take it from the freezer and tip it into a frying pan or microwave it.

My husband liked it but needed a pint of water afterwards. Max wasn’t too keen on the rice and the strong flavour.

This paella is OK. I can imagine coming home after a long day and microwaving some because I’m too tired to cook. 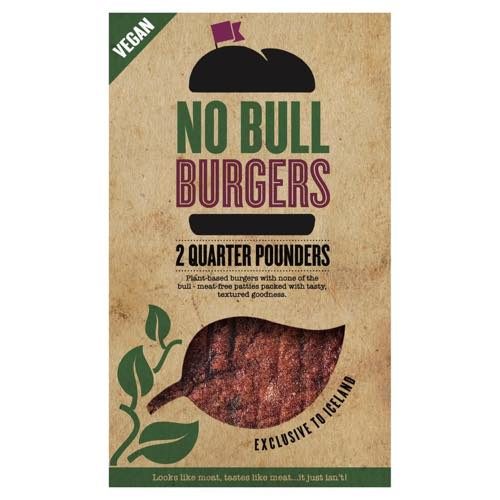 There’s no real nutrition in these, just fibre with fat and salt. They’ve used beetroot for a meaty colour which is clever, and there are around 160 calories per burger.

There was a huge buzz about Iceland’s No Bull Burger over the summer as vegans and meat eaters raved about them online.

I love them and I’m pleased to say the jalapeno ones were just as good. They have a firm texture and a zingy flavour and will be a family BBQ staple for sure.

They can be cooked from frozen in 16 minutes in the oven or frying pan.

Everyone loved them. Max likes a bit of spice and really enjoyed the redness as he cut into them.

My husband liked the firmness, tingle and the lack of gristly lumps. These were a big hit all round.

The jalapeno version can be difficult to find, in which case the regular No Bull burgers are just as good. 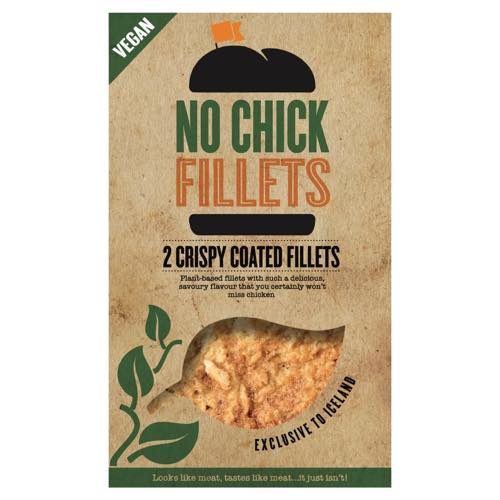 100g contains 198 calories and 9.5g of fat which seems excessive. But there’s 17g of protein and plenty of fibre.

I was hugely disappointed by these boring beige fillets. Iceland says they have a savoury texture, but it was like chewing on fishy cardboard.

I can’t fault them. They last in the freezer, you open the packet and oven bake for 16 minutes.

Cardboard but no recycling information.

I could see my husband trying not to spit them out before Max had a fair go at his piece. Luckily for him, Max said, “I don’t like it, but I’ll eat it if I have to”. I can’t even repeat what my husband had to say.

These fillets were so appalling that I assumed I’d over-cooked them, but the second helping was just as bad. This is the kind of vegan meat substitute that puts meat eaters off trying more.

I’d recommend you keep your £2 and buy Quorn’s vegan dippers instead.

So How Has the Iceland Vegan Range Fared?

I get the feeling that the Iceland vegan range was riding high on the success of their excellent No Bull burger.

It’s a shame it feels like they rushed through these other vegan options without tasting them first.

I don’t want to criticise – it’s important we have cheap and easy-to-cook plant-based choices like these. But some of the offerings need less salt and vast taste improvements.

Other Ways to Incorporate Vegan Foods Into Your Diet

Iceland’s vegan range can’t be the basis of a healthy diet. There isn’t enough nutrition and there’s far too much salt. Although this is the same for all processed foods, including meat-based ones.

You can up your vegan game by adding beans, pulses, mushrooms and green veggies to your diet, whilst cutting down on meat. Switch to coconut or soya milk, try vegan cheese and look for egg replacements.

If you don’t want to go fully vegan you can help the planet by buying free range and organic products and at local farmers’ markets.

These will be more expensive, but you can balance things out by going vegan for half of the week. Meat and dairy cost a lot of money, but beans, pulses and veggies cost less.

I think Iceland’s vegan range can help people cut down on animal-based foods without breaking the bank. But their offerings should be viewed as ‘lazy day’ foods rather than a daily food staple.

I’m really pleased that Iceland has started creating plant-based foods. It’s a big step forward and one we need to encourage.

Your move, Marks and Spencer…