In the corner of every coffee shop and at the bottom of every cafetière, there’s an untapped resource. Arthur Kay, bio-bean’s founder, is transforming these waste coffee grounds into a biofuel on an industrial scale, and believes there is potential to go global.

What’s in a Coffee Cup?

There’s much more to a cup of coffee than you think. According to Arthur Kay, the young, entrepreneurial founder of bio-bean, coffee grounds contain 20% more energy than wood. That means they burns hotter and for longer.

Combine that with the abundance of coffee grounds – the UK produces half a million tonnes of waste coffee every year, most of which ends up in landfill producing methane and CO2– and here lies the perfect source of biofuel. 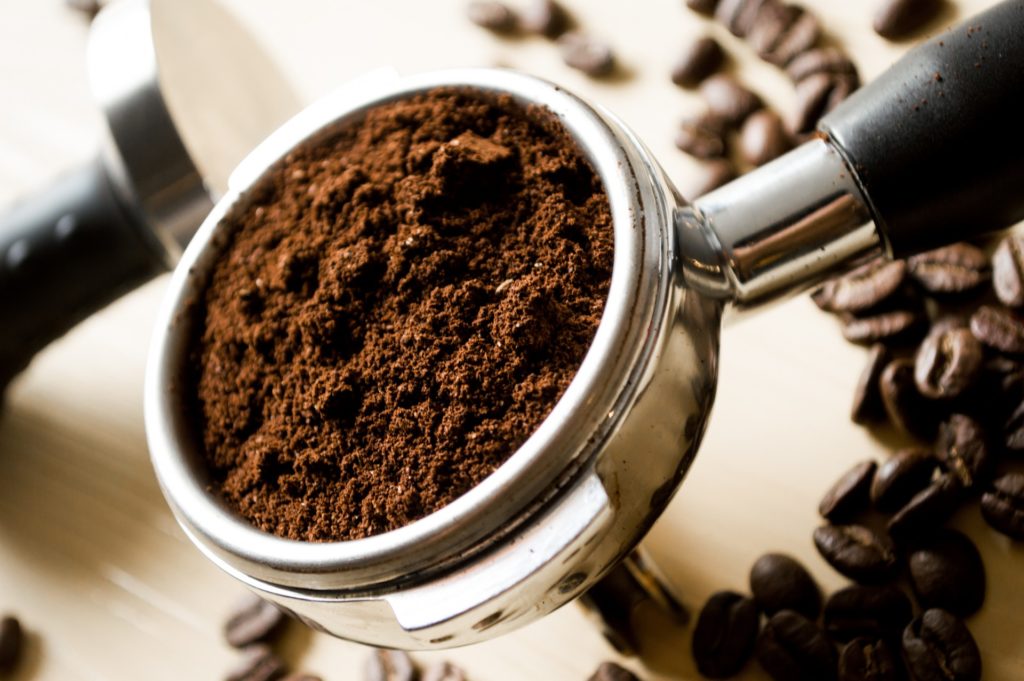 Arthur explains why Coffee Logs are classified as an advanced second generation biofuel: “They are made using waste by-products from the supply chain, rather than growing biomass specifically for making biofuels, so we’re helping to create more of a closed-loop system.”

His ethos is based on the philosophy that “if you can make the sustainable choice the logical choice for consumers, then you can do great things for the environment”. Due to their high calorific value, Coffee Logs outperform less sustainable alternatives.

bio-bean’s factory in Alconbury, Cambridgeshire is the world’s first coffee recycling factory. Built in 2015, it can process up to 50,000 tonnes of waste coffee per year – that’s one in ten cups of coffee drunk in the UK.

Waste coffee grounds are collected from retailers and manufacturers up and down the country. These outlets would otherwise have to pay for commercial disposal of their coffee grounds at landfill sites. So not only does bio-bean save them money, but it also reduces the volume of waste sent to landfill.

Coffee ground collection is a growing operation with collections from small, independent coffee shops mostly within the M25 as well as hundreds of branches of Costa Coffee and Café Nero. They even collect waste grounds from instant coffee factories.

To ensure efficiency, bio-bean are focusing on locations with high numbers of caffeine addicts resulting in larger volumes of waste coffee grounds. bio-bean also works closely with Network Rail to collect from train stations and they have just started collaborating with Canary Wharf Estate, the workplace for more than 100,000 Londoners.

Once the waste coffee arrives at Alconbury, it is dried, compressed and then put through a briquetter which moulds it into Coffee Logs. These logs are then sold to fuel wood burners, stoves and chimineas. 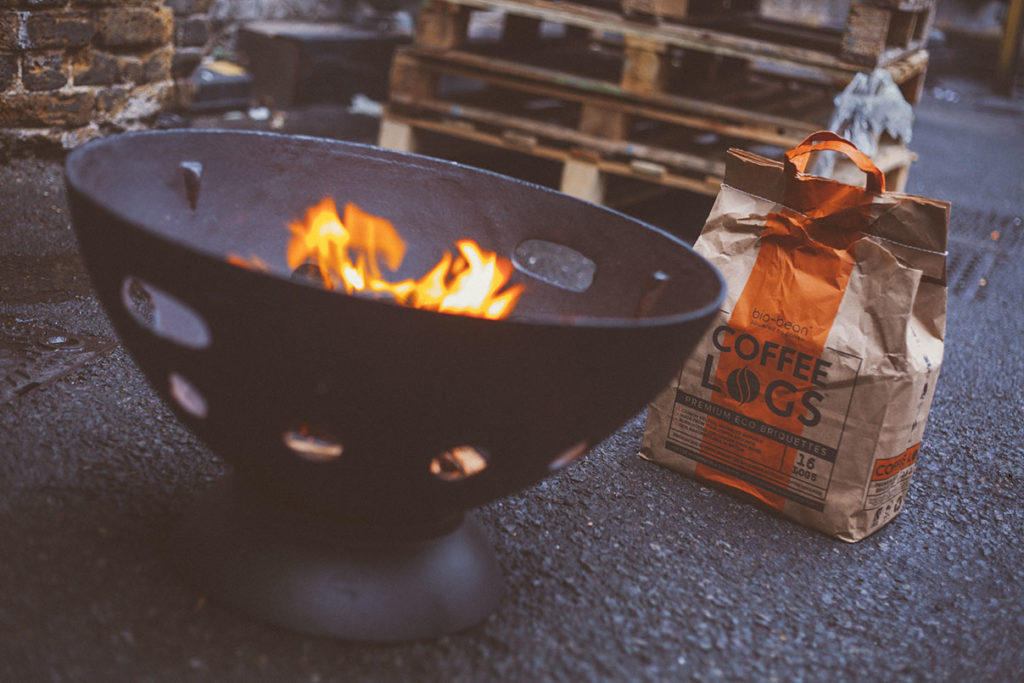 bio-bean also produces biomass pellets which are used on a bigger scale to heat buildings, and they are currently researching the commercial applications for biodiesel.

Where did the idea to use coffee bean waste as a biofuel come from? University of course, where many a long night is fuelled by coffee.

Arthur Kay was studying for his architecture degree at University College London when he was given the task of designing a coffee shop. As he did that, he tried to find ways to make a more sustainable coffee shop. He soon realised that the primary waste stream was coffee grounds, and when he started looking at its properties and abundance, he discovered its potential.

Coffee is one of the most traded commodities in the world: “You can go anywhere around the globe and find people drinking coffee, so the potential is absolutely enormous,” says Arthur, who incidentally drinks his coffee black. 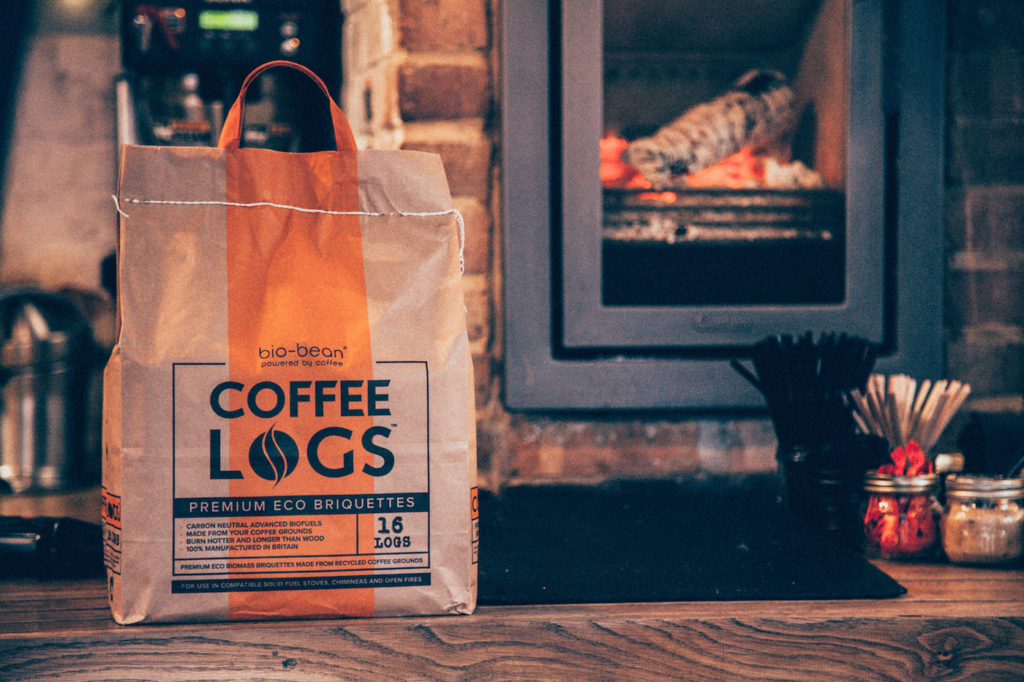 According to the United Nation Food and Agriculture Organization, global food waste represents more greenhouse gas emissions than any country in the world except for China and the United States. That translates to a lot of tonnes of waste ground coffee worldwide. “There’s potential for a global scale-up, that’s something we’d definitely be open to in the future,” says Arthur.

So what can you do at home? A lot.

Think twice about throwing away your waste coffee grounds – they can make a great fertiliser for roses and other garden plants, or add them to the compost heap. And if you have a fireplace at home, you can buy bio-bean Coffee Logs on Amazon and Ocado or go to bio-bean.com.

104 Ways to Help You Reduce Plastic in Your Home!

Looking to avoid plastic as much as you can in your home? Here's 104 tips to help you reduce plastic, look after the planet and feel good!