It’s likely you dismiss insects as a nuisance. It’s also likely you don’t view them first and foremost as a source of protein for humans, let alone as a key ingredient in animal feed. Because of this, you may be surprised to learn there is currently a movement championing the use of insects for animal feed.

Those who support this use of insects as animal feed claim that using insect protein instead of traditional ingredients – such as grain and soybeans for livestock or fishmeal for fish – will reduce the environmental impact of farming.

Growing soybeans requires a great deal of land, water, and labour, so substituting these for insects will decrease the need for soybeans. Instead of growing soybeans for animal feed, this can instead be grown for human consumption.

Using insects to feed animals is a complex issue but here are five essential things you need to know.

Livestock and Fish Require Protein In Their Feed

Currently, that protein comes from a variety of plant sources. The green plants and grasses cattle graze and forage on have ample amounts of protein. The major source of protein in prepared feed comes from soybean meal. Chickens get their protein from ground grain and soybean meal.

Protein for fish comes in the form of fishmeal. There has been a move away from aquatic sources of protein for farmed fish. This has taken the form of including plant-based proteins such as soy, along with additional Amino acids, for feeding fish.

The advantage of insect protein in animal feed is that it would drastically reduce the need for soybean. This not only frees up soybean uses. It reduces the amount of land, water, and labour required to grow soybean.

Deforestation to clear land for farming is part of the process of producing sufficient quantities of soybeans. According to Small Footprint Family, “Brazil holds about 30 percent of the Earth’s remaining tropical rainforest. The Amazon Basin produces roughly 20 percent of the Earth’s oxygen, creates much of its own rainfall, and harbours hundreds of thousands of species, many yet to be discovered. The Brazilian rainforest is the world’s most biologically diverse habitat”.

Destruction of this valuable habitat is occurring at the rate of about 1.5 acres per second. 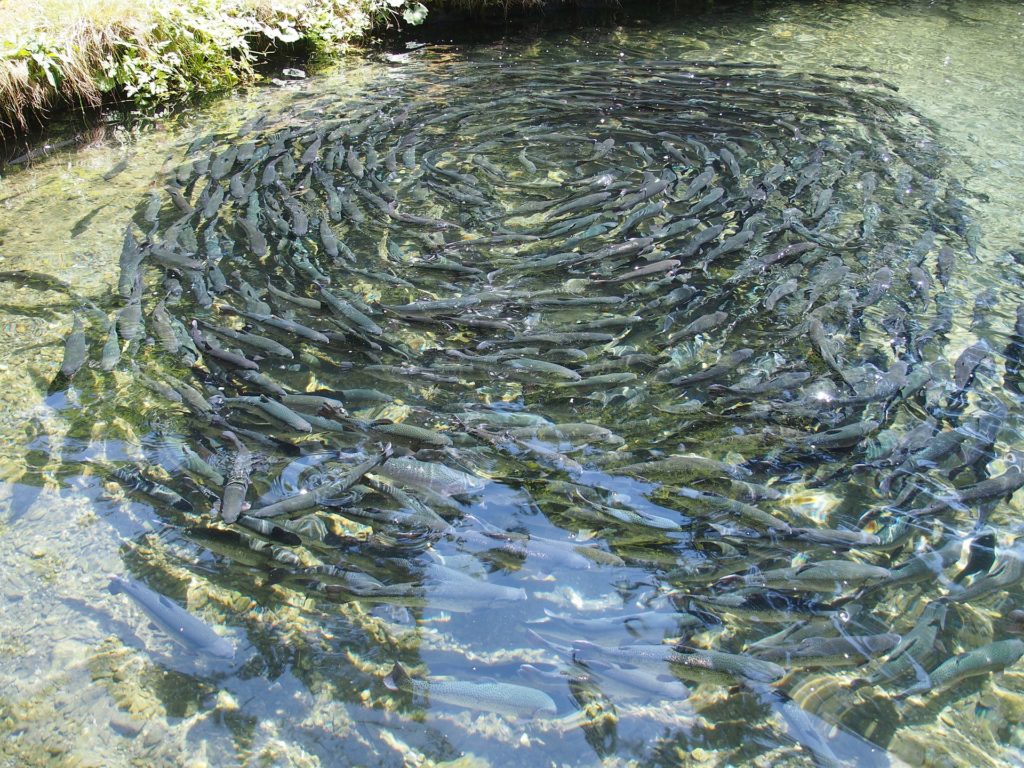 When the flies have laid their eggs, the trays are transferred to a different container. There they will develop into maggots that eventually reach the end of the larval life cycle.

At this moment, they will be put into a heater or dehydrator device to dry them out. Once dry, they can be ground into a flour-like substance that can be added to the meal used to feed livestock, poultry, or fish.

The Demand For Beef and Poultry Is Growing

For the animal-based protein eater, insects as a source of protein in animal feed will deliver what the animals require. Some supplemental vitamins and minerals can be added to the feed as called for.

Insects Are Plentiful and Sustainable

Growing insects requires a negligible investment of capital or land. The time-consuming part is loading the trays, switching the trays, moving the trays to where the larvae can be dried out, transferring the dried insects to the pulverising machine, and turning the insects into flour.

Fortunately, each of these labour-intensive steps can easily be automated, introducing accuracy and tracking capabilities to the process along with a lower production costs.

Insects are a replenishing, sustainable source of food. By setting aside some larvae from each generation, there will be new flies to lay new eggs and produce new flies.

There are already several farms that specialise in a variety of different insects. The majority are currently involved in feasibility and automation studies.

The Future Of Insects For Animal Feed Is Uncertain

A lot of the talk around this topic is speculative.

There are concerns about prions caused by Mad Cow Disease, which took place in the mid-80’s. The transmission of this disease from one animal to another occurred through the animal’s feed which included the brains of dead cattle.

The jump from cattle to humans occurred as a result of humans eating beef from cattle that had been infected through their feed. Since that time, the use of animal by-products in animal feed has been banned.

Until it is certain that diseases from insects cannot be passed on to humans via animal feed, this ban will stand. Some claim that transmission is unlikely because insects are cold-blooded and humans are not. Some claim that we just don’t know enough at this time.
Want to follow the progress of the researchers and play your part in the discussion? Keep informed with updates from the Food and Agriculture Organization of the United Nations.

Can We Convince People to Start Eating Insects?
Guy Routledge

Can We Convince People to Start Eating Insects?

Entomophagy is the practice of eating insects. They're good for the body and good for the environment. Can we convince people to give them a try?

Are You Eating Insects In Food Without Knowing It?
Sarah Nolet
More Sustainable

Are You Eating Insects In Food Without Knowing It?

What Can Vegans Not Eat? Surprising Non Vegan Foods!

It's a common question: What can vegans not eat? In additional to meat, fish, dairy and eggs there are a suprising number of non vegan foods.

Many of us want to do what's best for the environment. But it's almost impossible to make completely ethical choices 100% of the time. Here's how to make peace with those moral debates.

Discover 7 ethical pregnancy beauty products that are gentle on your skin and kind to the environment. Perfect for a bit of pampering.

Truth or Trend: Is Bamboo Sustainable?

Bamboo is a renewable eco-crop with multiple uses in textiles and hardwares. But when is bamboo sustainable and when does it damage the environment?