Should we still be looking through the heady cocoa mist for that trusty blue and green label?

An age of ethically minded and health conscious consumers has fed a proliferation of food certifications, with up to 600 variants.

In chocolate alone, Fairtrade must these days share the limelight with organic, sustainable, raw and innumerable other movements making claims on our health and consciences, justifying our love affair with cacao.

Other changes too are rattling the food industry cage. News gives us the sense that food shopping is splitting down the middle, with the rise of discount stores on one side and a burgeoning local or artisan market on the other.

Fairtrade, province of middle of the road supermarkets and charity shop gifts, sits somewhere in the middle.

Fairtrade chief executive Michael Gidney told a Guardian panel in 2016, ‘Increasingly aggressive competitive behaviour in the grocery sector could undermine the volumes farmers and workers are able to sell on Fairtrade terms.’

That is, the farmers are making losses on producing an ethical quality there’s insufficient market for.

Posh chocolatiers like MAST Brothers and other artisan brands are attracting our attention without making ethical claims. Montezuma’s chocolate has its own Trading Fairly policy, which makes a point of stating that Fairtrade is not relevant for their products.

Not unreasonably, as brands small enough to have direct relationships with growers, and who demand a particular variety or high calibre of cacao, tend to pay cocoa bean prices equivalent or better than Fairtrade anyway. However, unfortunately, there’s still room for abuse.

In fact, Fairtrade are, on anecdotal evidence, receiving rising numbers of requests for certification from boutique brands. 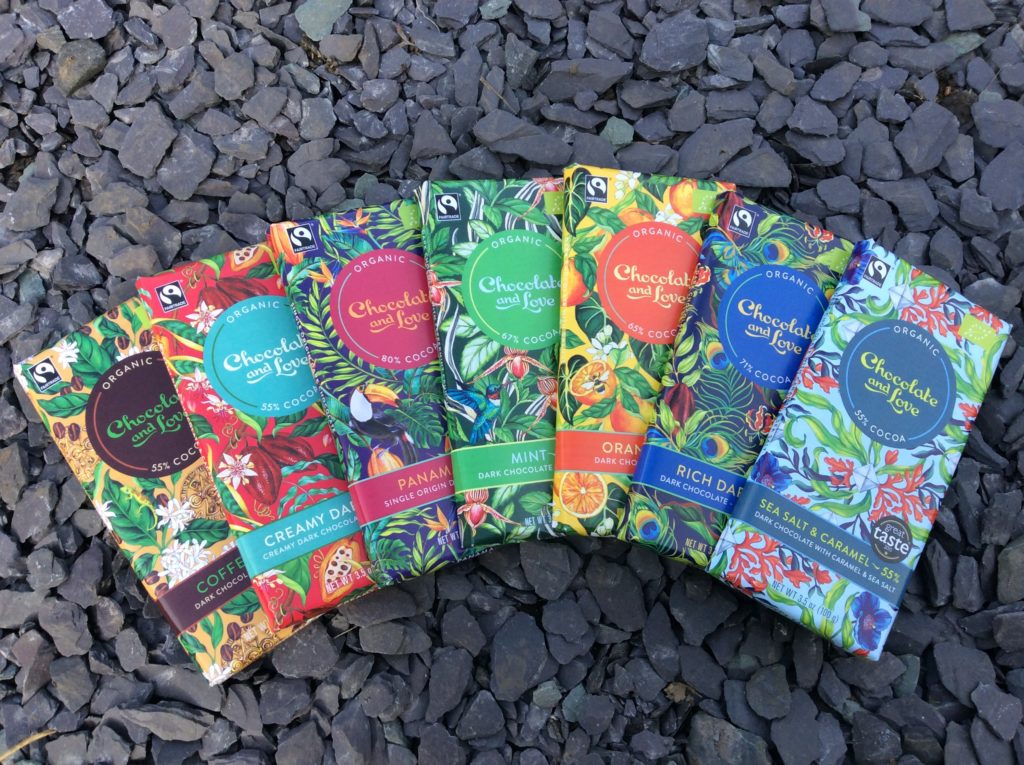 Birgitte Hovmand, co-founder of Chocolate and Love, set out to create an environmentally clean product ethically sourced in South America.

Only one step in the supply chain away from the Fairtrade farms, they feel secure in their materials. But, she explains, Fairtrade is one of many strands.

It’s really interesting how what matters to the people buying differs depending on where you are in the world.

Do they buy from us because we’re Fairtrade? Or organic? Or because of the quality? Each of our 7 flavours have won awards.

Whatever makes her customers try her chocolate, Birgitte is certain only taste will bring them back.

Fairtrade by Another Name

That implicit trust doesn’t apply when it comes to the bigger brands, who have historically resisted certification. To them the blue and green label could bring brand distinction, novelty and certain quality caché.

Recent years saw Fairtrade expand its influence in the corporate sphere, in a partnership with Cadbury in 2009, with labels appearing on Kit Kats, Mars and Dairy Milk. Effects on sales were positive.

So it was a surprise when Cadbury announced the labels would no longer appear on Dairy Milk, and umbrella company Mondelez International was launching its own sustainability programme, Cocoa Life, with Fairtrade partnering but not certifying.

What might appear to label-hunters as the fading of Fairtrade is rather an intriguing shape shift. Criticism levelled at the organisation in recent years can generally be boiled down to a complaint that they’re not doing enough – not enough for gender equality, not enough for productivity, not enough for a system where pricing is only a small part of the problem.

It’s a criticism that can be endlessly applied to well meaning projects as ‘not enough’ depends on where you set your standards and what your alternatives are. ‘Not enough’ is often still better than nothing. Yet it’s a criticism Fairtrade have taken on board.

Certification now plays an additional verification role alongside a whole set of other interventions. It’s about shoring up the sustainability of supply chains, because companies are more aware of risks and challenges.

A team at Fairtrade has for the last two years been working on new projects, new strategies, and new ways to work with the industry to improve the least visible end of the supply chain. Fairtrade is forging into new territory, and chocolate is at the fore.

The Fairtrade programme was originally designed to protect farmers against fluctuating markets and unreliable crop success by paying enough for produce to allow for planning ahead, with an additional premium to invest into the surrounding community.

Such fluctuations are still very much the norm, through financial crashes to political uncertainties and changing trade agreements.

But the biggest instability factor Fairtrade finds itself guarding against these days is climate change. Mintel reports its influence on the whole food industry, as an influencer in consumer behaviour but more importantly as a threat to crop stability. And its impact is particularly hard on chocolate.

A spokesperson for Fairtrade says:

On recent visits to West Africa, many farmers told us that they see climate change as potentially THE biggest threat to their future. They talked about the need to become much more resilient to changing weather patterns… Some farmers told us they are currently losing as much as 75% of their seedlings, which are so important to improving their productivity and incomes.

It’s climate change that brings chocolate to the fore of a new Fairtrade model. Cacao is grown in a narrow equatorial band around the world, extremely sensitive to environmental disruption and disease.

Because opportunities for growing are limited, and so sensitive to bad management, large chocolate corporations are being forced to make sustainability a part of their future.

Not because of a growing trend for Corporate Social Responsibility, but because demand for chocolate continues to grow, and a productive, reliable crop is vital if they are to answer that demand.

So Fairtrade’s involvement in Cocoa Life is a venture into more holistic sustainability. The whole is a $400million investment over ten years, to 2022, aiming to make 20,000 farmers more resilient.

In it FLOCERT, the certifying body of Fairtrade, will monitor the terms of trade, including loyalty payments to farmers. And Fairtrade will work with Cocoa Life on programmes that will help farmers build resilience. 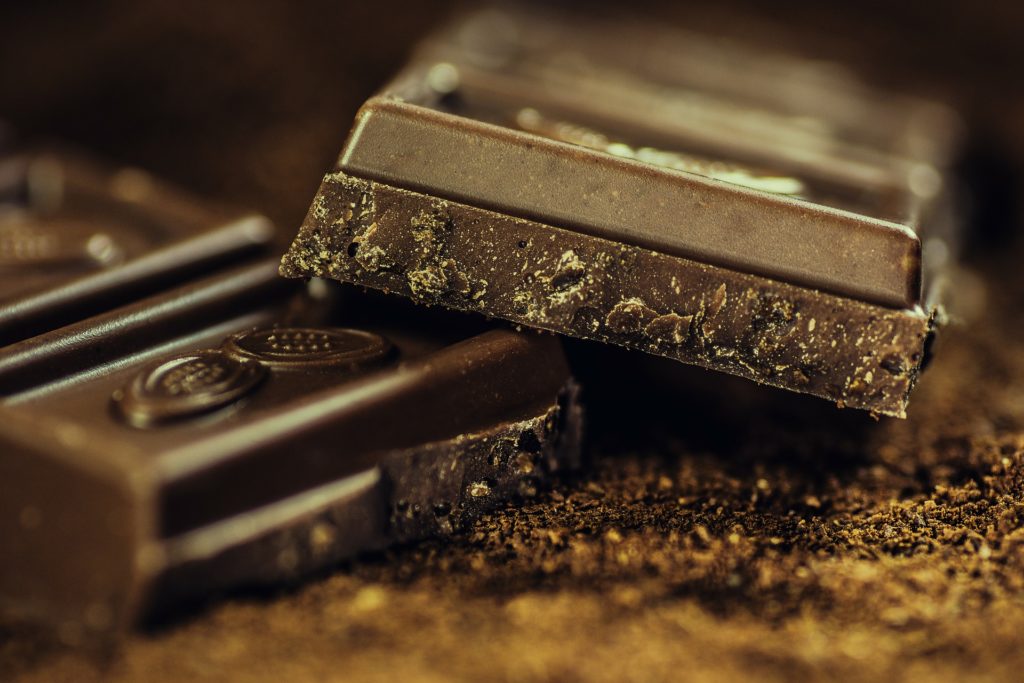 Fair Trade Chocolate from Bean to Bar and Beyond

This is not to say that such in-house programmes are ethically sound, and there’s certainly not universal applause. Neither programme features a wage guarantee, and Nestle’s promises to build schools are not the same as a commitment to stamp out child labour.

But, a Mondelez spokesperson noted, ‘Cocoa Life pays a competitive price and matches the share of the Fairtrade Premium that currently goes to farmers.

The expanded Cocoa Life programme also includes a commitment to buy the whole volume of cocoa that farmers produce, not just part of it. This will provide farmers with greater certainty and security of income.’

At present, 21% of Mondelez cocoa is sourced through Cocoa Life, and they plan to have all Cadbury produce in UK and Ireland stamped with the Cocoa Life label by 2019.

If optimistic, we have to approve a move that takes sustainable values deeper into the supply chain. Fairtrade’s involvement is recognition from companies that consumers won’t take sustainability claims on trust alone.

Certification still has a role. Where more action is required, we must continue to demand third party involvement, in the hope that organisations like Fairtrade will be a Trojan horse, cleaning up practices from within.

Fairtrade Facts: How You Can Support Farmers in Far Flung Places

Is It Farewell to the Fairtrade Certification?
Summer Worsley
More Fair Trade

Is It Farewell to the Fairtrade Certification?

Can you trust a supermarket's interpretation of a fairly traded product? Or would you only buy products with the recognised Fairtrade certification logo?

6 Easy Food and Drink Fairtrade Fortnight Swaps You Can Make

Backing the fair trade of products might not be as expensive as you think. Here's how you can make some Fairtrade Fortnight swaps in an affordable way.

Celebrate Fairtrade Fortnight and Play Your Part in the Fairtrade Movement

Did you know you could do more for Fairtrade than simply buying Fairtrade products? Get involved with Fairtrade Fortnight and really help make a difference!

Why Switching to Fairtrade Coffee Is the Ethical Choice

Discover how switching to Fairtrade coffee not only makes for a better caffeine fix but also improves the quality of the beans and protects the environment.

We've created a shopping list full of amazing fair trade products, so get your reusable shopping bags at the ready and stock up on Fairtrade products!