The effects of global climate change are increasingly brought home by photographs of the shrinking habitat for polar bears; the extreme, record-setting weather in all parts of the globe; and widespread uncertainty about the most efficient way to bring about meaningful change.

Some claim the switch to a plant-based diet is the way to go. Others claim there’s no need to take that step. Just how harmful to the environment is the practice of raising livestock for food? And what can we do to counteract it?

The Case Against Livestock

Animals provide meat, milk, and related products for people all around the world. Chickens give us eggs as well as meat. Cows give us milk, meat, and hides. Sheep provide us with wool. Raising and preparing livestock for market also provides jobs in rural areas.

Many people don’t object to eating animal products. In fact, the global demand for beef products is forecast to rise 47% by 2030 in China alone. Yet, when you consider the environmental toll of raising livestock, it’s clear that the cost to all of us is enormous for a number of reasons. 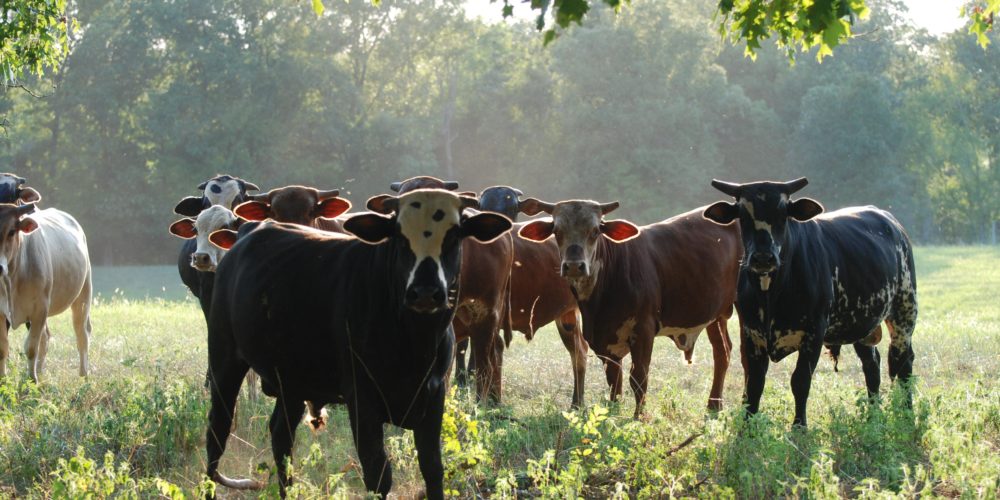 Livestock needs to be fed

This requires fields for grazing or crops that are grown for the express purpose of feeding the animals. Grazing animals need a large area of open land in order to find sufficient grass.

When crops are grown to feed the animals instead, these crops not only require land, but take the place of crops that could be used to feed humans directly. Crops also deplete nutrients in the soil, requiring additional steps to be taken to maintain the integrity of the soil.

One other consideration is that, according to Climate Central, only 1% of feed that cattle consume is converted into calories that humans absorb when eating beef, the rest is expended as energy by the cattle themselves.

Poultry is slightly better, with 11% of their feed converted to calories that humans consume. Better still? When plants are consumed directly, 100% of the calories are available for human consumption.

Water used to breed cattle or produce their feed reduces the amount of water available for human consumption. This is especially problematic during a drought, when water is already in short supply.

Too much demand for too long a time can also harm water supplies for the long-term, making it difficult for reserves to replenish naturally.

It’s not that surprising that there is tremendous pressure on the water supply from livestock when you consider the figures reported by the Grace Communications Foundation: a pound of beef requires an average of 1800 gallons of water to produce.

This estimate includes the water needed to grow the feed, grass, and forage for the animal, as well as water for drinking, cleaning, and processing. By comparison, a pound of tofu requires 302 gallons of water.

The run-off from cattle fields often carries chemicals and manure

This run-off fouls the water in streams or other bodies of water near the fields. An immediate effect is felt by aquatic life in the area.

People living downstream, having little or nothing to do with the raising of livestock, also feel the effect of the runoff in the water supply.

Clearing away trees and plants to allow for pastureland reduces the number of trees that can help to keep the environment in equilibrium. These deforested areas add to the negative effects of climate change.

Global deforestation has released billions of tons of carbon dioxide into the atmosphere and led to the extinction of multiple species. 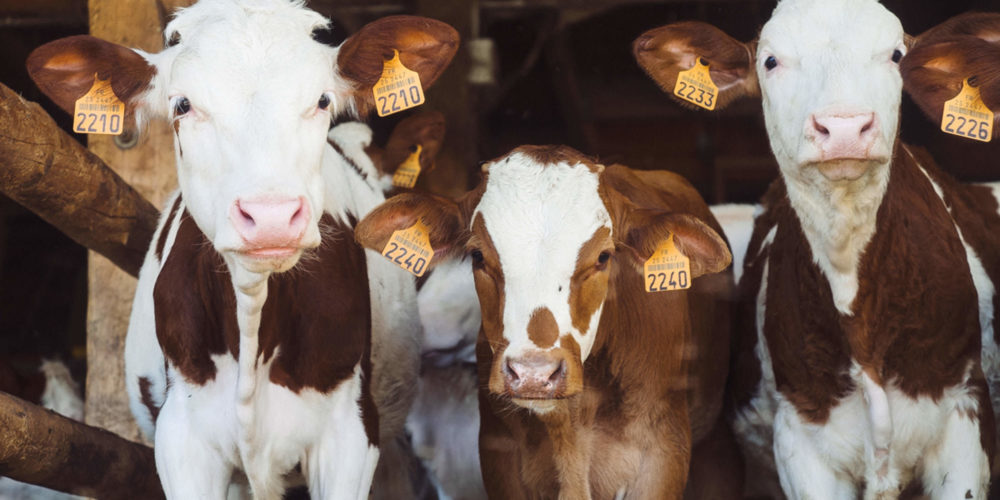 There are sustainable agriculture and stewardship practices that attempt to mitigate some of the environmental impact of livestock production.

However, there remains one problem without a ready answer: how to counteract or eliminate methane and other emissions related to livestock.

Methane gas is a byproduct of livestock digestion. Methane can be used for fuel, but when it is produced by a cow, there is no easy way to capture the gas. Instead, the methane is released into the air where it traps heat in the atmosphere and adds to the effects of global warming.

Studies have been performed to see if different types of feed will lead to lower methane emissions.

Environmental activist Denis Hayes states that “the amount of carbon dioxide given off per pound of beef is, in fact, greater [than burning a gallon of gasoline.]”

Because of this, we could do more to counteract global warming by reducing the amount of beef we eat rather than switching to high-efficiency cars.

Can We Improve the Environmental Impact of Livestock Production?

Once the sobering facts about livestock and methane emissions are known, the search for answers turns up several possibilities.

For many, the switch to a plant-based diet is the obvious choice. However this choice require many changes in outlook and day-to-day practice.

Perhaps a good first step would be to remove animal products from our diets one meal or one day per week. The impact might seem small at first but it is a step that has appeal because it is something that can be done at a personal level.

For others, the switch to a plant-based diet is unpalatable in any form. They prefer to seek solutions to the problem of methane and other emissions and keep their diet as it is.

Wherever you stand, there are changes you can make that will reduce your footprint. Shrink that Footprint is a great place to start.

Eating less meat overall and choosing our meat carefully when we do eat it helps to protect our planet. So what is sustainable meat and where can we buy it?

What Is the Most Environmentally Friendly Meat?
Bethany Carter
Less Meat & Dairy

What Is the Most Environmentally Friendly Meat?

Meat production produces millions of tonnes of CO2 per year, but which is the most environmentally friendly meat, and how can you eat more of that?

Addicted to meat but concerned about the planet? Get locally sourced meat delivered to your door with our guide to the best organic meat delivery boxes.

Five Things to Know About Using Insects for Animal Feed

Discover how the need for using insects for animal feed, with a smaller environmental footprint, is growing as the demand for animal-based proteins rises.