Imagine a long tightrope stretching across two platforms. Hanging from this tightrope are people from various low tier socioeconomic backgrounds. Visualise those people writhing in pain as their hands begin to suffer rope burn.

Now, imagine the same rope, but this time people are balancing on top of it rather than hanging onto it. These people, compared to those underneath the rope, are ‘comfortable’. Let this image serve as something known as the poverty line.

If people are on or below the poverty line does that make healthy eating harder? Is it a matter of laziness, lack of education, or a lack of time? Here, we take a look at food poverty and what it means for low-income families.

But first, what determines the poverty line exactly?

The poverty line is a construct which determines the adequate amount of income needed to live in a society with as little struggle as possible. If someone is beneath the poverty line, they can be subject to an uncomfortable way of life. Someone just balancing on the poverty line may also experience this discomfort.

Factors that determine how ‘comfortable’ a life is, vary. They include education, recreation, and quality of the home environment. One specific variable when examining the poverty line is the standard of food.

In the UK, people are said to be on the poverty line if their income is 60% or less than the median household income.

Recent statistics show that one in five people in the UK is on or below the poverty line. That’s 14 million people, or one-fifth of the nation’s population. 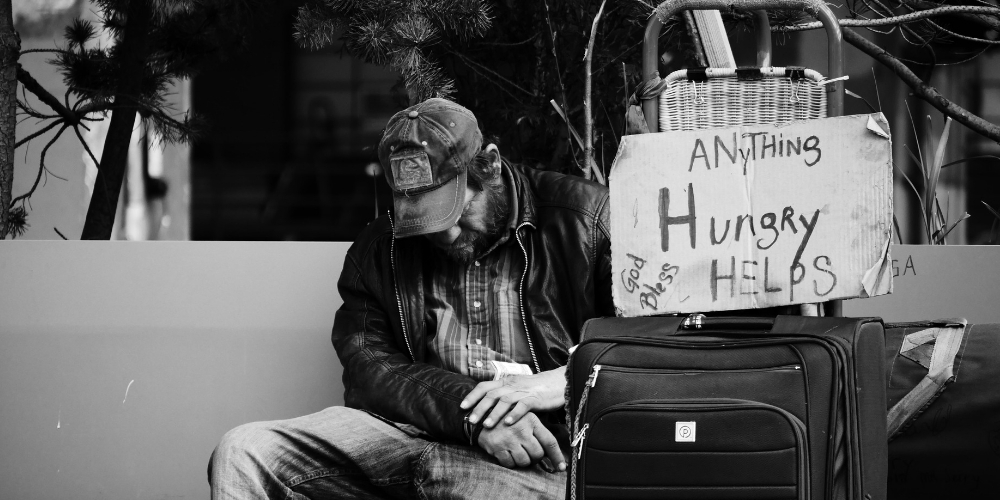 Meal Planning on the Poverty Line, Is it Harder?

We’ve all heard the same narrative. People with less income are more inclined to feed their families on cheap junk food. For example, a £1 cheeseburger.

But research has shown otherwise. High junk food consumption is not only the domain of the lower socioeconomic brackets, despite what many people presume.

But there is a direct link between income and food choices that cannot be overlooked when analysing the poverty line. Those with less disposable income are subject to buying lower-priced foods. While this sounds like an “okay” trade-off it’s important to remember that society has placed an extremely high price tag on healthy foods.

Furthermore, having less disposable income makes it harder to buy in bulk. Essentially meaning that while it sounds like a good idea to buy in bulk and save, it’s not always possible. In fact, being poor can be more expensive in general.

Why It’s More Expensive to Be Poor

Poor isn’t just a state of being – it’s a lifestyle, and a complex one at that. Poverty entraps people in a vicious cycle that tears through many layers of daily life.

Those working minimum wage jobs are often forced into stressful working conditions. These conditions can lead to separation from children and a loss of personal time.

In labour-heavy jobs, there is the constant physical deterioration of people’s health too. Women specifically are subject to waitressing, cleaning and shop assistant roles. Without adequate rest, they can develop knee and back problems for the whole of their lives. These medical issues inevitably lead to costs not covered by the NHS, such as not being able to go to work for the day.

In this credit-heavy society, loans and credit cards are all viable options for the lower socioeconomic brackets. These debts are exceedingly difficult to pay off when working at a rate that barely manages to sustain daily life.

For example, how is it possible to make a monthly payment of £600 on a credit card when your salary is only £1000 per month? Keep in mind that’s not even factoring in standard monthly costs such as transportation, meals, school fees, car payments…

The answer is simple, it isn’t possible nor is it sustainable. 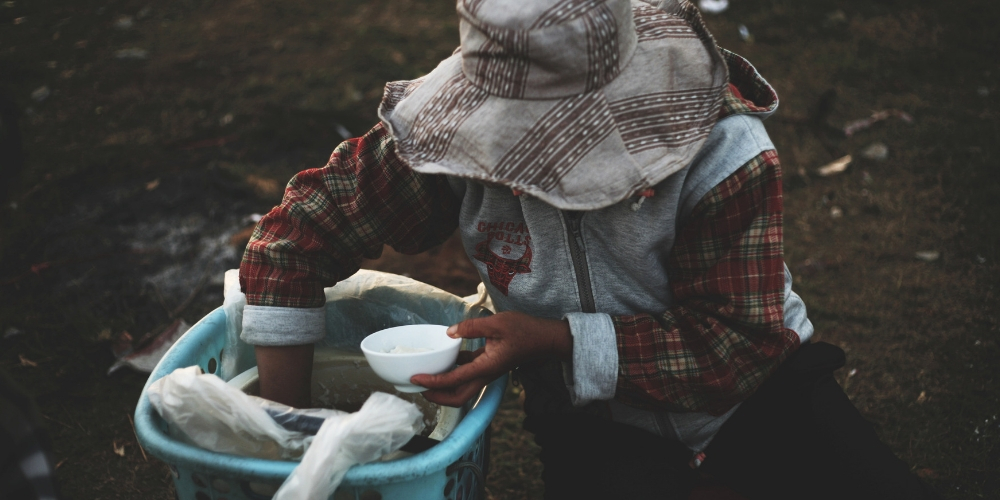 The difference between a disposable income and a non-disposable, or discretionary, income marks a stark contrast in both meal planning and the standards of everyday life.

Being short on cash doesn’t necessarily mean that you’re lazy when preparing healthy meals. It merely suggests that you’re limited in your ingredients.

People with no disposable income can have £100 to spend but are burdened by the knowledge that each pound and each penny has to count. That £100 has to stretch further, so much so that “food stress” is a very real concern for many.

This is not to say that fresh fruits and vegetables are off the table in lower income families. They’re not. Studies show that people in low socioeconomic groups do buy and cook fresh produce.

The amount of fresh produce used does generally increase as we go higher up the class ladder. This could be a result of more available time to prepare ingredients and cook from scratch. Cash short often equals time short. People struggle to work enough to be able to feed themselves and their dependents.

Where Does the Responsibility Lie?

Whether intentional or not, systems have been set in place to divide us based on our monetary value. These systems are, in a way, the source of the food poverty crisis. Until they are stripped to the bone, there will continue to be an uneven status quo between members of society.

Couple these entrenched systems with rising costs and you have a recipe for social stratification. This results in the wealthier eating well and others being left behind.

Greater education about healthy eating is often touted as the answer to an increasingly unhealthy society. Education is important, no doubt. But when getting everybody fed is a feat in itself, the details of what everyone is eating may fall by the wayside.

The Surprising Issue of Food Poverty in the UK

The stats on food poverty in the UK are truly shocking, and government policies aren't helping quickly enough. Here's the hero charities helping those in need and what you can do to find help or join in the fight.

Buy One, Give One Free – the Brands Giving Back on Your Behalf
Hannah de Gruchy
More Social Good

Buy One, Give One Free – the Brands Giving Back on Your Behalf

Choosing to support B-Corp food brands makes a difference to someone, somewhere in the world. Here's our list of British brands giving back.

Discover the non-profits and social enterprises rescuing and redistributing surplus food in order to help end food waste and hunger.

Demand for food banks is on the rise. Donations from companies looking to reduce food waste can help. But what happens when food waste levels decline?