From soy milk to almond milk, the supermarket shelves are awash with alternatives to cow’s milk. For those with dairy or lactose intolerances there is now a new player in the market, an dairy free milk made from peas.

Ripple Foods have created the first dairy free milk made from the protein found in dried yellow peas. If you’re embracing a plant-based lifestyle or trying to reduce your consumption of animal products, this looks like a winner. And it’s an even healthier and environmentally sound choice than the majority of other milk alternatives like soy or almond.

While peas may seem a strange choice as the base for a milk substitute, they’re the most sustainable source of plant protein around. 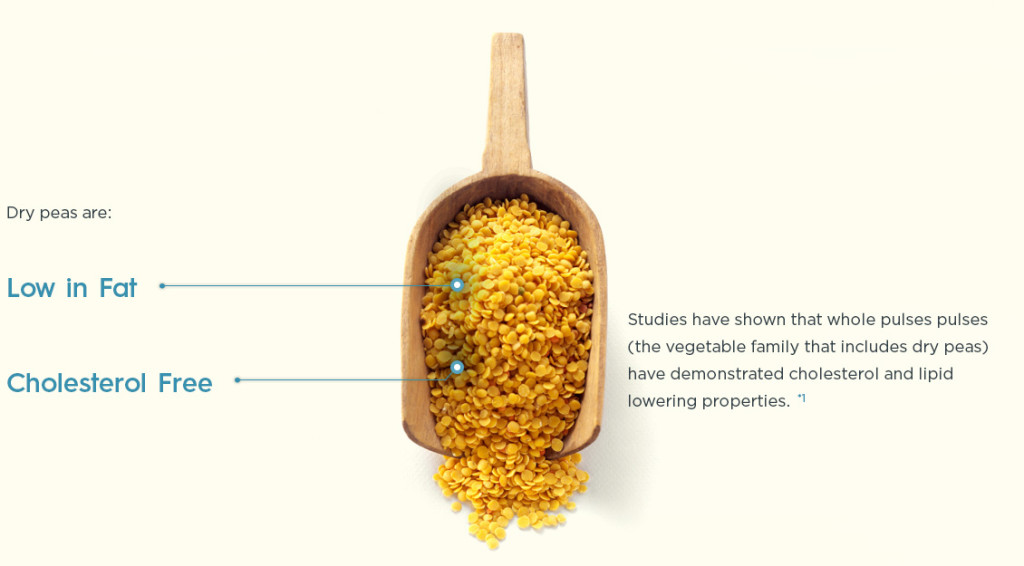 Better For Your Health

Ripple milk is nut free, lactose and dairy free, gluten free and 100% vegan making it the perfect milk product for almost everyone. The pea based milk also stands up to all the other milk alternatives on the market and successfully competes based on 5 nutritional factors:

Being healthy and eating good food shouldn’t come at the sacrifice of taste. Dairy free milk doesn’t have to be thin and watery, chalky or bitty. Which is unfortunately the case for a number of the milk alternatives on the market. Ripple milk is reported to have a rich creamy texture not unlike the dairy milk they are trying to emulate.

Better For The Environment

Yellow peas are one of the most sustainable plant products on the planet.

When grown in the areas that receive a lot of rain, yellow peas require little or no additional irrigation. Compared to both traditional cattle or nut products, like almonds, this is a massive saving on one the earth’s most valuable resources. 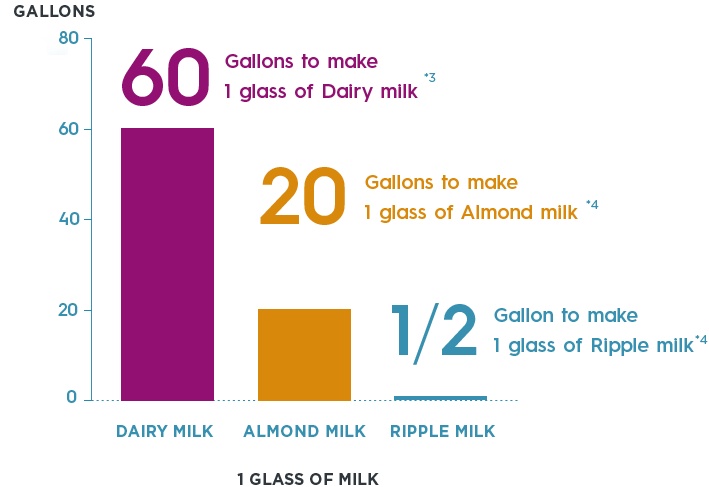 Water is not the only environmental factor where Ripple wins the argument. The farming of peas produces significantly lower levels of greenhouse gases than both dairy and almond milk.

Dairy cattle need massive amounts of carbon-intensive feed and also release huge amounts of methane into the environment. Both of these lead to a very high level of greenhouse gas emissions.

Legumes don’t require the high level of nitrogen fertiliser (produced from natural gas) that almonds do as they are able to produce their own nitrogen from the air.

Ripple appear to have excluded making comparisons with soya milk. For this reason we suspect it’s likely that both pea and soy milk has very similar health and environmental benefits.

Better For Your Conscience

Ripple Foods aren’t on a mission to save the planet. But they do believe that making small changes can have a big impact. As they so succinctly put it:

“We don’t claim that making plant-based foods will save the world…but we think it can help. And we know it makes us happier and healthier.”

At Eco & Beyond, we love this sentiment and it’s very much in line with our ethos of taking a number of small actions that add up to have a large positive impact.

If you care about your health and the environment you may have considered the option to replace some or all of your diet with plant based products. But moving to a fully plant-based diet can seem quite a daunting task. Especially when there are still a limited number of products on the market.

Ripple Foods and their non-dairy milk provide a great plant-based alternative. From all accounts it appears to be as good if not better than dairy milk; so it’s definitely worthy of consideration. In the U.S. it’s available in Target and Whole Foods and the brand will be expanding to other supermarkets in the near future. It remains to be seen whether expansion outside of the US will happen any time soon.