British grains and pulses are a great place to start your journey towards eating healthy and hyperlocal.

These diverse staples — from millet to mung beans, oats to groats — add fibre-rich variety to your diet. This is especially good if you’re transitioning away from meat.

Best of all, a well-curated selection of these grains and pulses may soon be coming to a zero-waste market near you.

If you’ve dabbled in the world of sustainable eating, you might have heard of the local food movement. Self-styled “locavores” try to live on food grown within about 160km from their home. That way, they support local farms instead of faraway big businesses.

Bigger businesses rely on long truck drives and lots of fossil fuels to get products to market. When done right, eating local can lead to lower carbon footprints and a more self-sufficient, regional food system.

The local food movement started in sunny climes like California, where fruit and veg grow all year round. You may assume that eating local would be trickier here in the UK.

Indeed, the UK imports more than half of all its food. But on one face of the food pyramid, we’re virtually self-sufficient. We grow nearly all our own grains!

The cool, damp British climate is well-suited to cereals, such as wheat, barley, and oats.

Nearly half of all the arable land here is devoted to these staple crops, and we import only 1% of all the flour we consume. That makes us one of the most bounteous bread baskets of Europe. 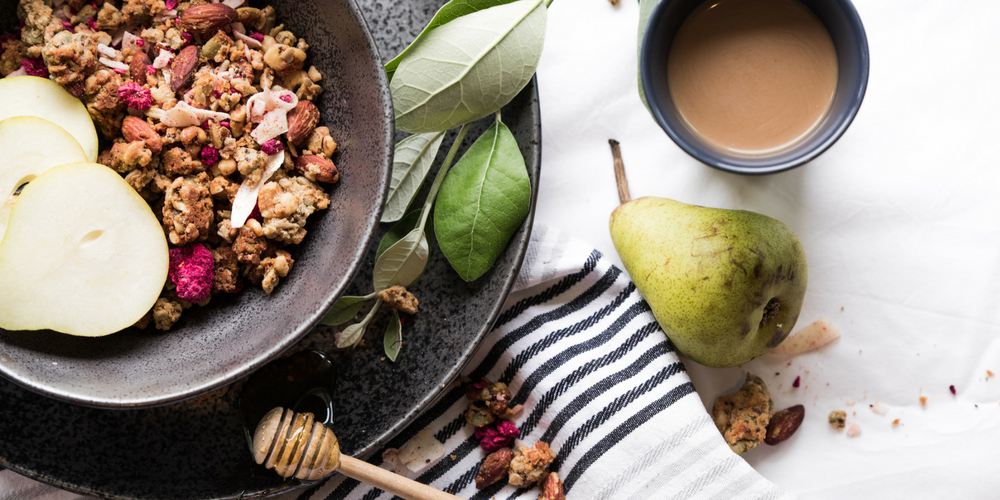 While it’s easy to find local wheat flour in the UK, more unusual grains and pulses need a little more searching. A leisurely drive through the countryside will reveal the reason for this scarcity. 21,000 km2 of the UK’s arable land is devoted to wheat, more than any other single crop!

There’s nothing wrong with local wheat in itself. But this kind of monocrop farming can lead to soil degradation. Not to mention less options for the would-be British locavore.

Luckily for locavores, a cornucopia of diverse grains and pulses is cropping up around the UK. Some pioneering farmers are experimenting with foreign crops such as quinoa, which happens to do well in the British climate.

Others are revitalising forgotten foods such as camelina. Camelina is a flax-like oilseed that was first cultivated on our isles thousands of years ago.

One such sustainable grain farmer is Peter Fairs. He grows both quinoa and camelina on his Essex farm.

Fairs’ family has been farming the same land near Colchester since the 1850s. He has inherited generational knowledge of the work involved in keeping soil sustainable.

When Peter Fairs took over his family’s property in the 1980s, he became one of the first British farmers to try his hand at quinoa. He now grows a special variety developed for the UK’s rainy climate.

Lacking the bitter outer layer that must be washed away in Peruvian varieties, Fairs’ quinoa has a subtle sweetness, unique to our shores. 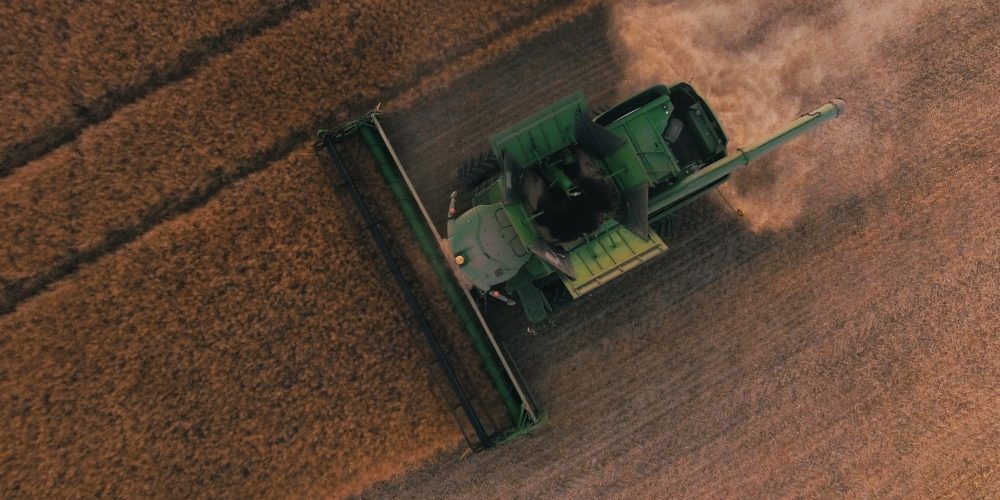 For more familiar grains, try Tamarisk Farm in Dorchester. Tamarisk has been farming chemical-free since the 1970s, long before organic food became the darling of the moment.

In the intervening decades, they’ve developed a wide product line. They offer everything from fresh beef to turnips to thatching reed!

Tamarisk’s flour evokes memories of an older Britain. They grow an heirloom variety of wheat called Maris Widgeon. It has a deeper, nuttier flavour than the bleached flours found in most supermarkets.

Their rye flour is even more flavourful and is naturally low in gluten. If you’ve never tasted fresh-milled rye, it has a complex, malty-milky aroma. Tamarisk’s rye and wheat flour is far from the bland industrial flour we’re used to.

Where Can I Buy British Grains?

The best way to support diverse, organic production of British grains and pulses is to vote with your wallet. Online ordering makes this easy.

Both Peter Fairs and Tamarisk sell select products through their websites. Although, they are admittedly better farmers than they are online shopkeepers. Tamarisk, for example, takes their orders by phone or email “when possible”.

You can find a more modern shopping experience at the award-winning website Hodmedod’s.

Hodmedod’s partner with small farms, including Peter Fairs. They promote unusual or forgotten crops that might otherwise have trouble finding a market in the UK.

Hodmedod’s has a special fondness for the pulses that once played important roles in the pre-industrial British diet. Think fava beans, Carlin peas, and charmingly-named Gog Magog beans.

They offer these products in a variety of forms— dried, canned, flaked or floured. And their roasted fava and pea snacks come in a whole range of moreish flavours. 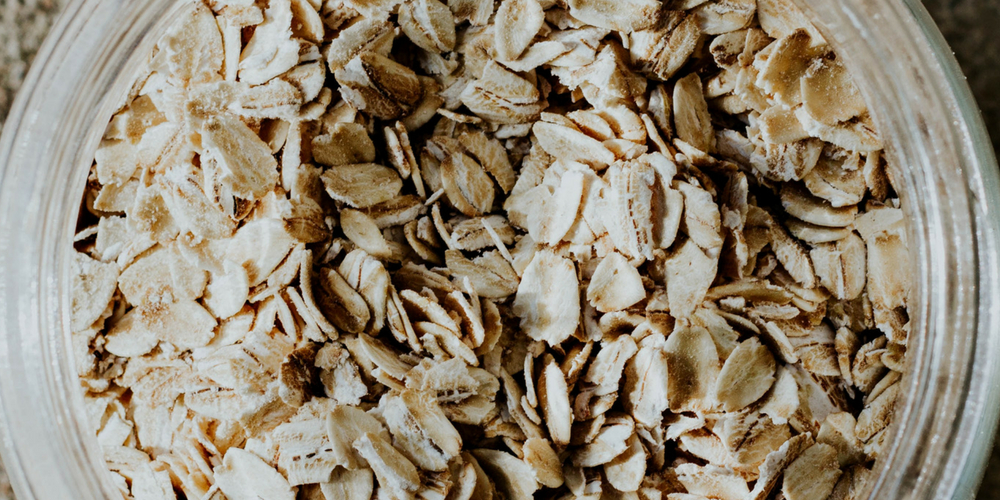 British grains and pulses are also starting to crop up in bricks-and-mortar shops. One of the most forward-thinking of the pack is Hetu, a quietly revolutionary new business in London.

Inspired by local markets in less-industrial cultures, Hetu takes a zero-waste approach to shopping. Most products are sold without packaging and there’s certainly no plastic. In the small Clapham Junction shop you’ll find rows and rows of wood-and-glass jars filled with meticulously-sourced vegan-friendly products.

Hetu shoppers bring their own containers (preferably plastic free) and fill them with everything from dairy-free milks to tooth-whitening activated charcoal. There’s definitely something satisfying about packaging your own grains and pulses.

While most of the products are locally sourced, Hetu does import some of their grains and pulses. The arborio rice is from Italy, and the jasmine rice is from Thailand.

So I’ve Got Grains, What Now?

Now that you’ve stocked up on delicious British grains and pulses, all you have to do is work them into your weekly meal plan.

Grains and pulses once played central roles in the pre-industrial British diet. But their various soaking and cooking times can be daunting for today’s busy home cooks. Especially those more used to the meat-and-potatoes template of the twentieth century.

Hodmedod’s has figured out this part of the equation, too. Their website offers dozens of recipes stretching from breakfast to dinner, and all the snacks in-between.

There are a surprising amount of foods we can swap for British versions. They're fresher, tastier and have a lower carbon footprint. So get on board, eat local and try the best of British food!

A New Wave: 4 British Brands Using Upcycled Plastic in a Bid to Save Our Oceans
Ella Barkans
Less Plastic

A New Wave: 4 British Brands Using Upcycled Plastic in a Bid to Save Our Oceans

Discover the British brands using upcycled plastic so that it doesn't have to go to landfill. Based around the concept of the circular concept this might just revolutionise the way we reuse plastics!

Ethical Business and the Rise of British B-Corp Brands

British B-Corp brands are on the rise. But what do they mean for ethics and sustainability in business? How do we get on board to help these brands doing good?

British or New Zealand Lamb: Which Is More Sustainable?

With enough lamb produced in the UK to meet demands, why are we still importing and purchasing New Zealand lamb? Which is the more sustainable lamb?

Only 9% of the global economy is circular. The rest is trashed. Here's a round up of British circular economy food initiatives that are doing things right.

Why Food Miles Are a Poor Measure of Sustainability

Aeroplanes versus gas-guzzling greenhouses - learn about food miles and whether local food is actually better for the environment.