Royal Weddings, double decker buses, Wetherspoons. There’s so much us Brits have to make us feel patriotic. Why then, do we favour so much imported produce over British produce?

Almost half of the food and drink we consume in the UK is imported from around the world, with 27% of it coming from Europe.

Buying British helps boost the local economy. It keeps small businesses open and can result in a lower carbon footprint. Local produce can also be less expensive. For example, British grains and legumes can be far cheaper than imported varieties.

You want to start buying more British alternatives to imported produce. But where should you start? Here’s ten easy swaps you can make right now to try some of the best of British food.

Do you add four garlic cloves when the recipe says one? Us too. But have you thought about where the garlic you use comes from?

Most garlic in UK supermarkets comes from a variety of countries, from Spain to Argentina. It might then surprise you that there are lots of different types of garlic that are grown in the UK.

Not only does buying UK garlic reduce your carbon footprint. It is often tastier due to the high standards and regulations on UK farms.

It may be easier to buy any garlic from the supermarket, but once you try UK garlic you may never want to buy any other type again!

Laverstoke Park Farm is an organic, biodynamic farm. It aims to become “self-sustaining and self-sufficient, producing the Best-tasting, healthiest food, without compromise”.

They’re home to over 1,500 water buffalo and animal welfare is incredibly important on their farm. Buying their cheese will also give you a far fresher product, as it goes straight from farm to fork without any international travel. 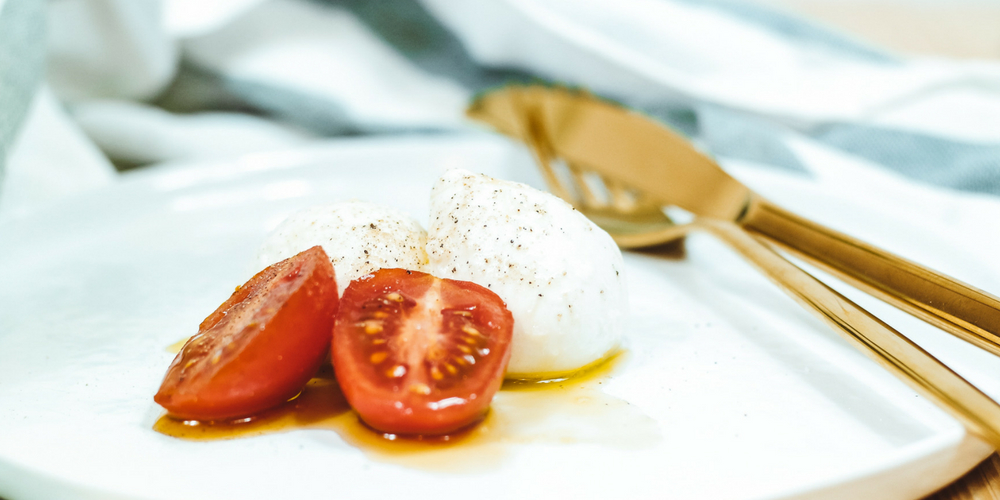 The UK remains one of the biggest markets for champagne and prosecco. But British bubbly is is popping up in multiple parts of the country.

The south of England is increasingly becoming the place for growing the bubbly grapevines due to its climate and conditions. The quality of English sparkling wine is constantly improving and now rivals that of the more well known varieties.

It’s also far more sustainable to drink local wines due to lower transportation. So, make a space in your wine rack for a few bottles today!

The big debate: does chorizo go in paella or not? Either way, tangy, spicy chorizo has become a much loved meat here over the past few years.

Originating from Spain, chorizo is highly seasoned with paprika and garlic giving it a smoky taste and a deep red colour. Luckily for us, there are now a few companies making British chorizo. As an added bonus, it’s often of an extremely high quality and less fatty.

Swap Spanish chorizo for British and get ready for a flavour explosion.

It’s so very British to be obsessed with tea, but so few of us drink tea actually grown in the UK.

We’ve hunted high and low but so far have only found one brand of British tea. The Tregothan Estate in Cornwall produce black and green teas grown on British soil. The estate has the perfect conditions for growing tea. It has ideal sea water levels deep within the soil yet it’s far enough inland to avoid crops being damaged by the sea breeze.

Currently the estate produces less than 1% of the UK’s tea needs. Hopefully other regions of the UK will find a way to grow their own tea soon. 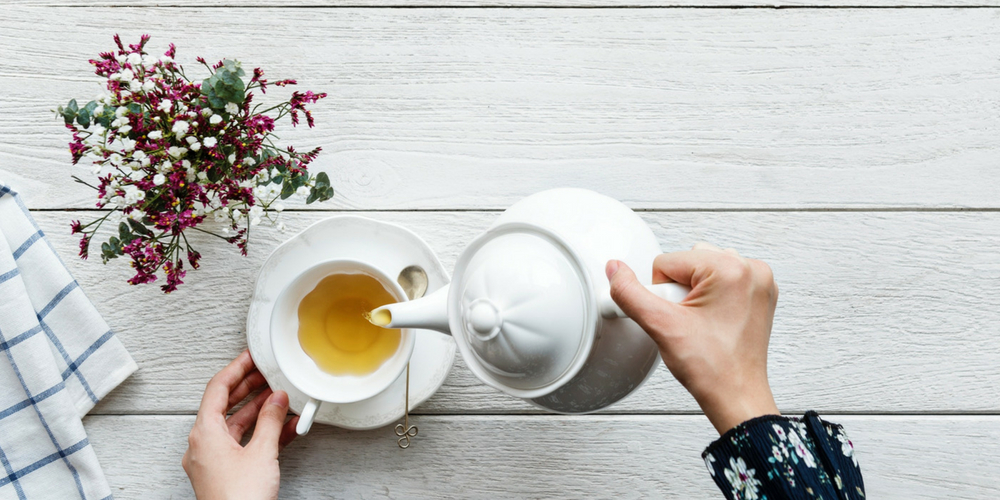 Most quinoa is grown in South America, but we don’t HAVE to buy South American quinoa. In fact, it’s far more ethical not to. Western demand for quinoa has seen prices rise so much that the communities where it’s grown can no longer afford to eat it themselves.

So why not try a more local quinoa, like Hodmedods, grown in Suffolk using selected varieties? They also sell a variety of peas, beans, lentils, seeds, and grains. Hodmedods are certified organic by the Soil Association for a range of organic pulses and grains.

Brie, named after the area of France which it comes from, is a beautifully creamy cheese.

Despite its name, Brie is made all over the world, even here in the UK. For years small British producers have been making high quality, tasty continental cheese.

If you’re looking for a British Brie to try – we’d recommend Cornish Brie!

Millennials are being told they’ll never be able to afford a house because they buy too many avocados. Plus, the increasing demand for them is leading to some scary headlines. There’s reports of Mexican deforestation, cartels and locals unable to afford to make guacamole. So maybe it’s time to find something different to cure our avo addiction?

Mashed broad beans are a tasty alternative to our favourite green fruit. They’re far cheaper to buy as they’re grown in Britain. They’re also full of amazing health benefits and last a lot longer which can help reduce food waste.

Winnie-the-Pooh, a great British treasure, is known for his love of honey. It’s surprising then, that only 7% of the honey eaten in the UK comes from British bees.

Mass produced honey is made from a mix of imported honey and all tastes the same. Small-batch, artisan British honeys all taste unique and different. 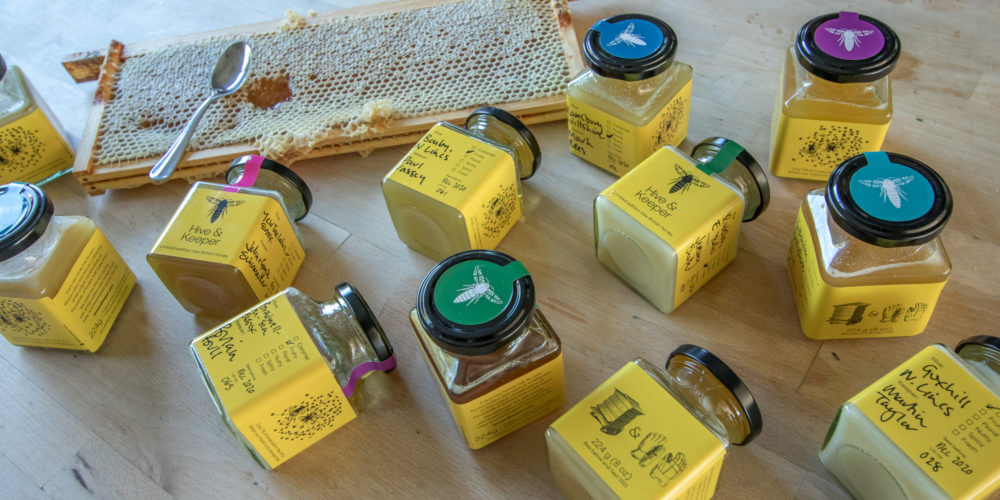 Honey stockists and bee enthusiasts Hive & Keeper are dedicated to supporting British beekeepers. They only stock honey produced by British bees. All these small scale UK beekeepers also put bee welfare ahead of profit. This is vital, as 45% of our UK bees have been lost since 2010.

Honey produced here in the UK ensures a lower environmental footprint. Buy from a quality source and you can expect an all-natural product with great flavour.

Chances are, you have a bottle or two of olive oil in your kitchen. It’s the best selling cooking oil in the UK, and most of it comes from Spain.

But British rapeseed oil may well steal the crown soon. Rapeseed oil has all the benefits of olive oil and more: it’s healthy, cheap, versatile, and arguably has more flavour than olive oil.

Isn’t it time we all swapped our olive oil for brighter, British rapeseed oil?

These are just a few British food swap ideas. There are hundreds of others, and we can all be on the constant lookout for local, British produce.

Why not set yourself a challenge and see how many British food swaps you can make? You could find a local farmers market and head down every week to try the best local goodies.

Send us a message on Twitter to let us know how you get on!

One way of eating locally is to embrace the delicious grains and pulses being lovingly farmed around the UK. They add fibre, flavour and a sense of wellbeing to a homecooked meal. So is it time you went local with British grains?

A New Wave: 4 British Brands Using Upcycled Plastic in a Bid to Save Our Oceans
Ella Barkans
Less Plastic

A New Wave: 4 British Brands Using Upcycled Plastic in a Bid to Save Our Oceans

Discover the British brands using upcycled plastic so that it doesn't have to go to landfill. Based around the concept of the circular concept this might just revolutionise the way we reuse plastics!

Ethical Business and the Rise of British B-Corp Brands

British B-Corp brands are on the rise. But what do they mean for ethics and sustainability in business? How do we get on board to help these brands doing good?

British or New Zealand Lamb: Which Is More Sustainable?

With enough lamb produced in the UK to meet demands, why are we still importing and purchasing New Zealand lamb? Which is the more sustainable lamb?

Only 9% of the global economy is circular. The rest is trashed. Here's a round up of British circular economy food initiatives that are doing things right.

Why Food Miles Are a Poor Measure of Sustainability

Aeroplanes versus gas-guzzling greenhouses - learn about food miles and whether local food is actually better for the environment.